Home > Technology > Flutter App Development: The Good, The Bad and The Ugly
Technology

Flutter App Development: The Good, The Bad and The Ugly

Flutter is a by-product of Google which was introduced for the quality development of cross-platform mobile apps. The company announced this new technology tool during the Google IO developers conference.

The platform has gained tremendous niche across the app development market and facilitated app development companies with a super flexible environment that big brands also trust.

The list of Flutter app development is never-ending. But have you ever thought that this recently introduced app development platform is also being trolled for a few cons? The fact is true and there are examples that can justify it to the best.

Let’s proceed by explaining the good, bad and the ugly truths of Flutter platform.

Some good facts about Flutter –

Flutter is known for its own UI drawing feature which other app development platforms don’t have. The best part of this platform is that it renders the development aspects for all the operating systems and devices. For example, if an app is tested on an iPhone, it should also be performed well on Android devices. Flutter does it well and with quality.

Basically, app developers have to rebuild the app aspects when there’s a need to change assets or plugins. With Flutter app development this problem has been resolved as the platform provides Hot reloading!! It helps to say goodbye to the tiring and endless build/wait/run/wait/test/wait/start-over process which really a dream come true for app developers.

Flutter development provides the excellent principle of small reusable components that perfectly reacts to the changes in state. Here, developers don’t need to borrow this functionality from other libraries or supporting platforms.

The Bad and The Ugly

Flutter has its own UI which is correct but actually, it paints the UI in its own way without creating its own native components. This is not a good point about Flutter which in the future might disappoint app developers and even business owners.

Flutter also has its own community, libraries, and plugins but on a small scale. As the platform has only been introduced recently, it doesn’t possess a bigger community like other platforms do. Also, the platform maintains a small list of plugins including a few old ones. So, developers won’t find anything new after implementing all the features and functionality. They’ll have to wait until the new plugins and features introduced.

Debugging through Flutters can’t be achieved up to the mark. It is said that you can use the print/debugPrint statements to find out the errors in an app. You have access to use tools to profile the CPU/memory or visualize the entire view hierarchy. Apart from this, you have anything to get this done.

When Flutter apps appear with error logs or screen, it seems very confusing and even obscure. At this time, the error appears with some line of code of the framework that might be confusing to the developers and tough to deal with.

Every platform development is introduced with a room for improvement. Initially, development platforms are launched with a few important functions and features and rest aspects are added to the platform as and when needed.

Flutter also introduced with several features that have been broadly used by app development companies to build best in class products. The platform has many advantages developers should try to have a flexible and easy to use app interface. 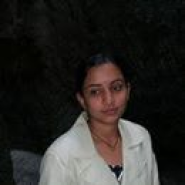