Good & Services Tax popularly known as GST, is regularizing the transport sector by doing away with most of the pitfalls of the system. As a matter of fact, the transportation sector is a very big beneficiary of this all new GST regime. Transport industry stands at a whopping value of $ 130 billion annually and prior to GST, it was all unorganized.

Fall in operational efficiency is one of the biggest factors, which can impact overall health of any segment, and transportation sector was no different. Other obstacles which have marred the growth of this sector include complex networks, high coordination costs, inadequate infrastructure, entry- level taxes and bad vehicle-load-carrying capacities. This all lead to delays as well as damages. But GST has changed things for good.

Knowing about the pre-GST regime

In pre-GST regime, the wide array of taxes at each and every step had badly affected the logistics industry. In fact the entire process was unwieldy and expansive. Several logistics companies had set up hubs as well as transit points in various states to steer clear of the state value added tax popularly known as VAT. All this actually lead to a lot of complications. There was total lack of lucidity for the businesses, and this lead to huge amount of tax evasion.

With GST the economy has got the much needed boost up. There has been curb on circulation of black money as a mandatory check has been put on the traders and shopkeepers. It is the consumers who ultimately bear the tax burden but the Manufacturers and suppliers have to submit the collected money to the Govt. Because of fall in excessive taxation, manufacturing costs have come down and as a result what final consumer has to is also coming down.

How has manufacturing increased?

Fall in tax burden is fostering more and more production of all kinds of good. The old taxation system inhibited growth. There were myriad clauses at each and every level. This put burden on producers to producer beyond a certain limit as they feared too many things. GST offers tax credit to the manufacturers and they do not feel scared to move up and beyond.

So, basically the current GST regime has actually bought a revolution of sorts in the way business is conducted and transportation sector in specific. 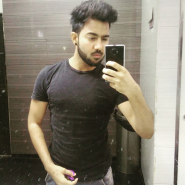