The annual CTC of entry-level Grade “A” officer in RBI and NABARD is above 15 lakhs. The incentives and perks offered are unmatched by any other government organization/institution.

These companies offer high salaries, which are even higher than in private jobs. CTC in some of the above-mentioned PSUs ranges between 15-20 lakhs which makes in-hand salary somewhere between 80000 to 1 lakh per month.

These organizations also offer allowances for mobile/tablets, laptops/computers, furniture, mobile, and internet bills. Employees also get medical facilities for themselves and dependents.

Scientist B in DRDO and Scientist C in ISRO are the entry-level positions that offer gross salaries above 80000. The salary range of DRDO for entry-level is also 80000-125000. After compulsory deductions, employees get around 70000 take-home salary.

They are officially government employees and enjoy the benefits of government perks. Railway’s Engineers and engineers in other government bodies also fetch high salaries compared to any other government jobs. The salaries for different positions range from 60000 to 120000 gross. Along with which they enjoy perks like accommodation and medical care etc. 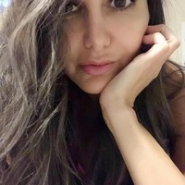