Marbles are made from limestone under immense heat and pressures under the surface of Earth for many years. This process is known as recrystallization. Due to heat and pressure each and every marble gets a unique texture and colour. Original marble with similar type of pattern and colour are really hard to find. Marbles can be found in varieties of colours. Some are milky white, some blurry white. There are black and grey marbles too. Even the shades of red, yellow and green can be found.  The exact beauty of marble comes out after polishing. Marbles are made where limestone caves are found generally and are mined through the quarrying method. Marbles are mostly found in Italy, Germany, Spain, China and India.

India has a huge numbers of marble quarries and the marbles mines from India are appreciated and exported worldwide. The most popular imported Indian marble is the Makrana marble. Many of India’s iconic monuments like the TajMahal and Victoria Memorial Hall are made of this Makrana marble. Makrana marble is generally mined in a small town called Makrana which is situated in the Indian state named Rajasthan. Makrana marble alone has a huge range of varieties. Such as- the Makrana white marble, which is generally used in buildings, hotels, temples, mosques, sculptures and several other things; Brown AlbetaMarble;Dungri Marble and Albeta Marble.

Generally the Makrana Marbles are imported. But there are other varieties too which are imported from India such as- Ambaji Marble, White Cats Eye Marble and Wonder Beige marble. Imported Indian Marbles are very popular in the UK and US markets these days. They are quite affordable in price and look so beautiful as well. UK and US citizens who are fond of Indian cultures and Indian monuments and have visited the TajMahal or the Victoria Memorial Hall want their houses or offices to have that same beauty and elegance. Not only in the UK and the US, Makrana and other Indian marbles have made their name in Spain, Uganda, Australia, and New Zealand. A square feet of Makrana marble costs as pocket friendly as 90USD.

Among all other Indian states, Rajasthan is the major marble manufacturer and supplier.  The major amount of imported marbles from India comes from Rajasthan only. Various districts such as Udaipur, Sirohi, Jaipur, Bhilwada, Bundi, Ajmer, and Alwar export marbles in bulk to the above mentioned countries. For importing marbles from India, the next trusted state after Rajasthan is Gujarat. Districts like Vadodara, Bharuch, Panchmahal, Kachchhand Banaskantha have great numbers of limestone quarries and marble importers.

If you are buying a huge amount of Indian marbles you have to keep few things in mind – make sure you buy them from authentic importers of Indian marbles. If you can get in touch with any India based importers, would be even better. Do not compromise with the quality. There are a lot of retailers in market who will try to sell faux products, be careful of them. 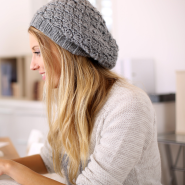