Indian women’s team batsman Shefali Verma has created history in the first T20 match of the series played in St. Lucia, West Indies.  Shefali smashed a blistering 73 off 49 balls, which helped the Indian team score 185 runs at the loss of 4 wickets.  In this way, Shefali has become the youngest player to score a half-century in an international match in just 15 years and 285 days.  While became the second-youngest female player to be in T20I,afterU.A.E.’ Kavisha Egodage, who is 15-years 267-day female cricketer.  Not only this, due to hitting FIFTY in the youngest T20, Shefali has also surpassed Indian team hitman Rohit Sharma.

In this way, Shefali, the youngest player in India to have a fifty in international matches, also played a record 143 runs partnership with Smriti Mandhana.  Which is the longest partnership made by two Indian batsmen in the shortest format of cricket.

Talking about the match, after the dismissal of Shefali, captain Harmanpreet Kaur (21 runs from 13 balls) and Veda Krishnamurthy (15 runs from 7 balls) scored fast in the end.  Due to which the West Indies women’s team got a challenging score.

Shefali’s father Sanjeev Verma says that at the age of eight, Shefali started playing cricket at the Ramnarayan Cricket Club, run by the Haryana Cricket Association, Jhajjar Road in the city.  Shefali played in domestic cricket, in the year 2018-19, under-19s, three centuries in less than 70 balls in 50-50 overs matches, under-23s in 50-50 overs matches, three centuries in about 50-50 balls.  And scored 128 runs in 56 balls while playing against Nagaland in senior T20 domestic matches.

Shefali’s father Sanjeev, who runs a jewelry shop in Rohtak, had told that no one wanted to take my daughter, as there was not a single academy for girls in Rohtak, reported Times of India.  I urged them a lot to get my daughter involved to train with them, but nobody listened to me.  He said that after finally being forced, I cut my daughter’s hair and took her to an academy and got her admitted as a boy.

Shefali’s father explains that, when she used to play with boys, neighbors and relatives had to listen to taunts.  They used to say that your girl plays with boys, girls have no future in cricket, but today those same people are not tired of praising. 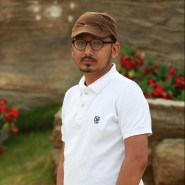