Some STDs Which Can Be Detected By a Blood Test

Determination of STIs and STDs with the help of the blood test is simple and fast. Though needling on the finger’s tip may not be the first choice of a majority of people yet it can be performed in much simpler way. Nowadays, even blood tests are performed to detect the presence of a few STIs in the body.

Are you surprised hearing that? But it is actually true! This blog compiles some STDs which can be determined by performing different blood STD tests. Read on to know them.

Acronym of Human Immunodeficiency Virus, this viral STI can persist in the body for the rest of your life once you are infected. The best way to detect its presence is the blood test. It has several testing methods suggested to the patients on the basis of the time of getting infected along with the presence of p24 antigens.

“DUO test” is derived its name from the combined testing of p24 antigen and HIV 1 and 2 antibodies. These days this test is highly recommended by the current HIV testing guidelines of the UK.

It is also proved to be effective in offering the accurate result after 28 days of exposure. It provides a triggered reactive report to mention whether it is p24 antigen or HIV 1 or HIV 2 antibodies while compared to other HIV tests.

It is the earliest test to determine the HIV infection in the body of an individual. As a PCR test procedure it is excellent in detecting the HIV 1 just after 10-day of exposure.

It means if you have had unprotected sex and worried about it, you can undergo this test after 10 days. But it is also recommendable that follow up DUO test must be performed after 28 days of getting infected.

Being much identical to that of DUO test it can detect p24, HIV-1 and 2 antigens instantly. Instant HIV Test is suggested after 26 days of getting exposed to the infection. Analysis of the collected blood sample is performed within 20 minutes instead of sending it to the respective laboratory for so.

Hepatitis A, B and C

Being the viral infection, Hepatitis is another common STI that affects the liver severely. All of its three types- A, B and C can be traced by withdrawing blood sample from the patient’s body. Some blood tests determine the presence of its antibodies whilst a few hunts for the virus itself.

Even specific blood tests are there for determining if somehow the immune system of the individual subjects to Hepatitis after getting vaccinated or from previous infection!

Herpes Simplex Virus (HSV) is another term of Herpes that leads to the emergence of sores around your mouth and genitals. Widely it has 2 types- HSV-1 and HSV-2. Due to lack of symptoms, even after getting infected with this virus most of the people can’t come to know about it for a couple of years.

Although swab sample is taken to trace its presence mostly yet sometimes blood test is also performed. It is so; because its virus will dissolve in blood which results in an easy detection of its antibodies by the test. However, majorly it doesn’t show any symptoms by which your doctor can abruptly detect the culprit.

Syphilis is an STI and a bacterial infection that results in serious damage to the body if left untreated for a long time. If it doesn’t possess any signs and symptoms, blood test is performed to detect its presence in the body. Even swab sample is taken in the case visible lesion or sore get noticed that recognised as the early phase of this STD.

Blood test is highly effective in determining its presence after 9 days of getting exposure. Furthermore, if any infection has been treated previously, its antibodies remain in the body for several years and thereby get detected by the test. It clearly depicts that you may find positive even your infection gets cleared.

You are advised to contact the team of STI Clinic London for arranging an appointment of a full STD test in London as per your convenient time. This will let you know the status of your sexual health simply by giving blood samples. Our doctors are also there to address all of your sexual health concerns at the same time. 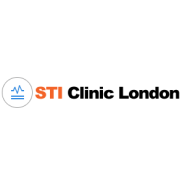 25. STI Clinic London is a reputed sexual health clinic in London where our team of doctors ensures to look after sexual health problems of patients. You may visit us to know if you are infected with genital warts, gonorrhoea, chlamydia and ureaplasma to get treated on time.

Industrial Microbiology Market is Set to Grow According to Latest Research