Children are the innocent victims in a divorce. They often suspect that something is wrong far longer than their parents realise, noticing the changes in voice tone, body language, demeanor as their parents become increasingly hostile and unhappy with each other.

It is not uncommon for children to think that they are in some way to blame for the family problems. Perhaps they should have helped more, tidied their room, done their homework without being asked, got better grades in school. Children often feel guilty and partly responsible about their role in their parents unhappiness.

Let’s look at the best way to take care of the children during the divorce.

This is required in several areas. Children need to be reassured that they are not to blame for their parent’s problems. They also need to receive assurances that both parents love them, but are going to live separately because of problems they have in their relationship with each other. Often that is sufficient information for children to take on board. They also need to feel comfortable that they can contact the absent parent whenever they want or need to.

Children don’t need to know the details behind the split. They don’t want to feel compelled to detest one parent because of their treatment of the other. They are not the ones getting divorced. Mum and Dad will always be their parents long after they have moved on, perhaps remarried and gone their separate ways.

Children like routine and order in their lives. If possible, it is helpful if they can stay at the same school. That way their friends and familiar surroundings stay the same as much as possible. Tell the teachers about the situation at home. That way they can lookout for any problems with the child’s behavior.

can help relieve stress. Having reliable, friendly childcare can be good for the child and take the pressure off a parent who has to readjust to their new personal situation as well as cope with the demands of work, run the household and manage the new family situation. Having good childcare enables the parent to relax a little, knowing that their child is being looked after.

can come into their own after a divorce. They can provide a safe pair of hands, someone familiar and safe for the children to talk to. Children may not want to discuss their fears and concerns with their parents out of concern at causing additional distress. Grandparents can be an invaluable resource, especially after a divorce. They do, though, need to focus on the grandchildren and try to avoid bias at this time. It can be difficult, especially if they feel that their own child has been unfairly treated in the divorce.

not gifts needs to be the focus. Expensive presents don’t compensate for not seeing a parent. Doing things together, speaking regularly on the phone, having the absent parent call round at bedtime can all help ease the transition and provide reassurance and support. This can be valuable for both parents too, as it helps establish the new joint focus, the welfare of the children, as being the primary commitment for the future.

It is important for parents to appreciate that their children will continue to be a connection between them. Being able to talk respectfully and calmly about their children’s welfare can help massively with the process of moving on. It helps the children recover as positively as possible for the upheaval of their parent’s divorce.

Divorce is a difficult time for everyone; the sense of having failed in a relationship is tough, especially when children are involved. Susan Leigh is a Counselor and Hypnotherapist who works with stressed, newly single clients to promote healing, confidence and self belief, and with couples in crisis to improve communications and understanding, whatever the eventual outcome. Susan is a coach member of Separation Solutions, the Collaborative Law pod that works with divorcing couples to enable them to separate with dignity and respect. 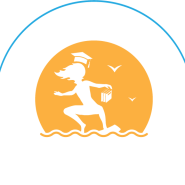