But what does it take to be popular on Tumblr? Of course, regular posting of creative and original content or sharing what’s the best out there. Right?

It appears so that in 2019 the dynamics of every social media platform has changed drastically. Whether it’s Tumblr, Facebook or Instagram these sites have undergone massive redesigns and are completely new in look and feel. They’re provided with new tools that set them apart.

You need to use strategies to rise to the top. But what strategies? You need to know the best times to post on Tumblr and since this requires focus and attention, make sure you read this article till the end. 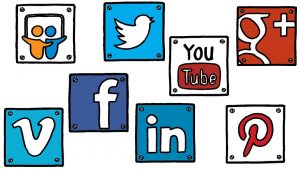 After reviewing various studies conducted on Tumblr and their users, it can be deduced that Tumblr is dominated by teenagers and adolescents. The ages 14-25 seem to rule over it; where other age groups do exist but are in smaller quantities compared to the latter.

This helps us in understanding that high-school, university and people with jobs use Tumblr the most. So, what does this prove? It proves that they will likely be busy during weekdays so lets cut to the chase and get straight to weekends.

Tumblr is the most active on weekends and among these days, it is the busiest on Sunday. Therefore, it can be concluded that out of the whole week, Tumblr receives the most inflow of users on Sunday. But at what time? The whole day? I’m afraid not.

Between 4 pm EDT and 10 pm EDT, you have the greatest chances of hitting the jackpot. Since 10 pm is the peak hour of Tumblr, posting regularly at this time will attract the most audience out of any other day.

But before you believe this to be true in all cases, know that you will be met by extreme competition once at this time. Other users will be waiting to post too, so make sure that the quality of your content is enough to make your post viral.

Additionally, you can use different features offered by Tumblr to increases the chances of success. You can schedule your post and sit back, relax and even if you’re busy elsewhere Tumblr will post it for you. Don’t worry if you’re ever caught in somewhere just schedule the post earlier to enjoy its creative functions.

However, even though such strategies exist, they don’t apply to everyone and everywhere. Before you proceed to use this strategy, develop sound conclusions on your own, based on accurate studies conducted by you on your own audience.

Just post at different times of the day, at separate timings and notice when do people interact with your posts the most. This will help you to devise a plan that is tailored specifically to your country.

if you’re posting on the right timings, on the right day then you may not attract the right audience due to the competition. In this scenario, consider posting at lunch timings or earlier in the morning as this is when students are either relaxing or just leaving their house. You will face less competition here, so make sure you grab the opportunity when you can.

At the end of the day, it’s all about quality. The content that you post matters the most; even if you post at the ideal time and day you may not hit it high but if you’re posting humorous and interesting content, your post has a higher chance of becoming the top hit on Tumblr. 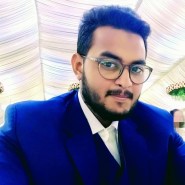