Home > Health > What Are the Common Symptoms of Individuals with Panic Disorder?
Health

What Are the Common Symptoms of Individuals with Panic Disorder?

Panic disorder is a distinct type of anxiety that manifests in panic attacks. Here are the common symptoms of individuals with panic disorder.

Approximately 2.7 percent of adults in the U.S. dealt with panic disorder in the last year, and 4.7 percent will deal with at some point during their lives.

Do you think you might be suffering from panic disorder? It’s not always easy to tell. The sooner you find out for sure, though, the sooner you can start seeking treatment.

Read on to learn about symptoms that often occur in individuals with panic disorder.

You’ll also learn more about coping with panic disorder and specific techniques you might want to try.

What Is Panic Disorder?

Panic disorder is one of many types of anxiety disorders. It affects people of all ages and genders, but it seems to be most prevalent in adult women.

People who suffer from panic disorder experience panic attacks that seem to come out of nowhere. Sometimes, they can even cause them to awaken from a deep sleep.

Those with panic disorder also tend to become preoccupied and fearful of these panic attacks occurring again. This fear might cause them to avoid certain situations to try and control the disorder better.

Symptoms of Individuals with Panic Disorder

It’s not always easy to identify the symptoms of panic disorder.

Many people don’t want to acknowledge their symptoms or admit that something about their life is abnormal.

On the other end of the spectrum, some people don’t realize that there is anything abnormal about having a panic attack. They just think it’s a regular part of life.

If you can recognize that your symptoms are associated with panic disorder, you’ll be able to get help more easily and start enjoying a higher quality of life.

The following are some common panic disorder symptoms you might be experiencing:

Often, folks who suffer from a panic disorder will experience heart palpitations or a rapidly beating, pounding heart when they’re having a panic attack.

They might also feel short of breath or experience pain or discomfort in their chest. Feelings of dizziness and light-headedness are common, too, especially if the person has been hyperventilating.

Sometimes, people will feel abnormally cold or hot when a panic attack occurs. They might feel numbness or tingling in their limbs as well.

When many people think of panic attacks, they think only of the physical symptoms. There are a lot of psychological and emotional symptoms that can take place, too.

People who experience panic attacks may feel intense fear or a loss of control.

They might feel detached from their bodies, as though they’re observing the situation from the outside. It’s common for people who are dealing with panic attacks to feel an extreme fear of death as well.

How Long Do Panic Attacks Last?

Panic attacks are usually relatively short. Of course, they feel much longer to the people who are experiencing them.

In most cases, a panic attack only lasts between 20 and 30 minutes. They usually peak (meaning the symptoms are the most severe) at around the 10-minute mark.

The cause of panic disorder and panic attacks is not fully known.

Researchers have found, though, that panic attacks often occur in individuals who have experienced some kind of trauma in their life.

Genetics can play a role as well. People who have a parent who suffers from panic disorder are more likely to deal with it themselves.

Lifestyle factors and high levels of stress can also trigger panic attacks and cause someone to develop panic disorder.

How to Cope with Panic Disorder

Clearly, panic disorder is a pretty serious diagnosis. Luckily, though, there are many different strategies one can use to cope with it and keep their symptoms from getting worse.

The following are some of the most well-known techniques can individuals with panic disorder use to manage their condition:

Working with a therapist is one of the most useful tools for people dealing with panic disorder. A therapist can help identify potential causes of your panic attacks and can teach you coping mechanisms to help you handle them in a healthy and safe way.

There are many medications that can benefit folks with panic disorder, too. Antidepressants and anxiolytic drugs are often highly effective, especially when they’re combined with regular therapy sessions.

Medication and therapy seem to be the gold standard for managing panic disorder. They’re not the only solutions, though.

Many people find that they experience fewer panic attacks and generally feel better when they are exercising on a regular basis.

This likely has to do with the fact that exercise produces endorphins, feel-good chemicals that are associated with less stress and a more positive mood.

Meditation and mindfulness practices are also very good for folks who suffer from panic disorder.

People who meditate or engage in other mindfulness practices (such as yoga) often experience less anxiety overall and have fewer panic attacks than people who do not.

There are lots of free online tools that can teach you more about mindfulness and help you start developing a practice.

Some people also find that they experience fewer anxiety symptoms and panic attacks when they change their diet.

Foods that are highly processed or high in sugar and cause mood swings and increased feelings of anxiety in some individuals. Alcohol and caffeine can have the same effect.

By cutting out these foods and drinks, some people experience marked improvements.

Now that you know more about panic disorder, do you think you could be suffering from it?

If you’re exhibiting symptoms that individuals with panic disorder tend to experience, it’s important to seek help right away.

Don’t try to deal with this issue on your own. Reach out to a professional and let them help you learn to manage your symptoms. You’ll see results much faster when you take this approach.

If you live in the Beverly Hills area and want to work with a therapist who’s knowledgeable about panic disorder, contact us at Blair Wellness Group today.

We offer extended hours and a wide range of mental health services to help you start feeling better sooner.

If you found this article helpful in understanding more about panic disorder, visit our site today and get an appointment with the best Psychologist Los Angeles and increase your confidence to live a stress free life. 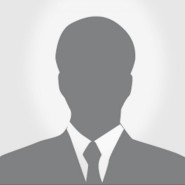