What You Should Know About Advertising Your Gifts Business Online

While the image and characteristics of advertising today are much more different from centuries ago, they share the same concept and goal, and that is to relay the particular message to people – to communicate an idea to the public. Historians widely believe that the earliest forms of advertising originated in 3000 BC when handwritten advertisements for cash rewards for runaway slaves were posted in public areas. While these “advertisements” were far from what we know about advertising today, they served as public notices, which share the same concept as of today’s advertisements.

As literacy improved in early societies so as the forms of advertising. Merchants used iconography to lure more customers into getting their services or buying their products. Fast forward to centuries after, literacy among the general public thoroughly improved, signalling better advertisements in societies. The first advertising supplement called the London Gazette was first published in 1662, opening the floodgates to more organized and systematic forms of advertising. In 1704, advertising in American newspapers flourished as ads were integrated into the Boston Newsletter.

Written advertisements were not the only successful early form of advertising. There was a time in history when individuals called “town criers” walk-in towns to announce local news stories and advertisement of merchants. This form of verbal advertising closed the gap among individuals who did not know how to read. Advertising has rapidly evolved throughout the years. From the intention of making aware of the public about merchant services and local news to advertising products and services, truly it changed the way people view to commerce. Today’s advertising is deeply rooted in return on investments (ROI), advertisers’ goal is to make more profit by putting their products and services into the consciousness of the buying public. Advertisers will do almost anything just for their products to be noticed by public, so simple written ads are not enough to jump off the page.

Common forms of advertising today include print (newspaper and magazine ads, brochures, posters, pamphlets) radio, television, and online ads. These different channels for advertising have changed the way advertisers target their market. Advertising decades ago were more of a macro-type, targeting large niches of the market, and today, advertisers making more efforts in doing micro-advertising, going after specific niches. Advertisers and marketers examine their target niches by evaluating the common denominator among their consumers, putting into consideration their age bracket, culture, language, financial status, and gender. Needless to say, advertising has evolved into a more systematic and scientific industry. It is also not uncommon for advertisers to study consumers’ behaviour by using certain psychological tests to know which type of ads that will interest them the most.

Australia’s advertising industry is one of the most active and competitive in the world. This goes the same for any type of businesses, yes, including wholesale gifts and gift shop businesses. It is completely common for an ad agency Sydney to exhaust all means possible just to attract more clients in hopes of bigger ROI. Sydney agencies make us of print, radio, television, and online ads to make their clients’ products and services be known by their specific niches. Creative advertising is also very popular in the country, attracting consumers without depending on hard-selling.  Because of this, it is a common practice for an ad agency Sydney to stay away from traditional forms of advertising as more consumers are easily turned off by it and are more accepting of creative ads.

Because of the growing competitiveness in the country’s advertising industry, wholesale gifts businesses are becoming more creative and unique in the way they present their products and brands before the public. The more catchy and memorable ads are, the more chances they have to attract consumers. 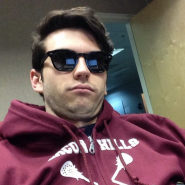 Hi, I'm Chris Morgan. I'm very passionate about my work. Even I'm very fond of blogging as it enhances my knowledge about the various aspect of the internet.