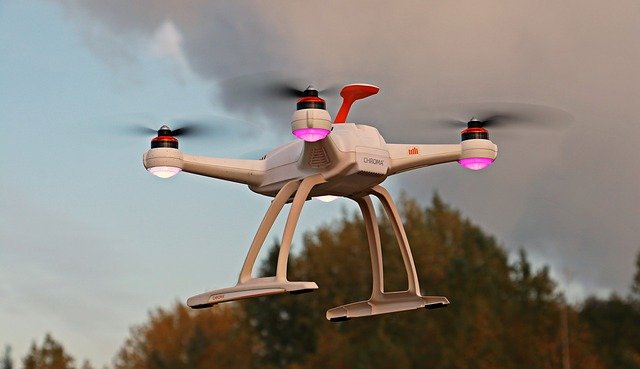 The drone delivery service market is expanding across various industries and investments through various stakeholders, specially parcel delivery service providers and drone manufacturers are increasing, worldwide. The key players such as Airbus SAS, Amazon, Google, DHL, and UPS are continuously working on the development and testing of drones along with the requirement of necessary approvals for providing drone delivery services.

As most of the urgent delivery products such as blood samples, medicines, urgent mail parcels, ready-to eat food items are the most in demand products which is expected to be delivered instantly or within one day. Hence, manufacturing of rotary wing drone with a payload capacity of 1kg to 2kg by drone manufacturers is also expected to create a huge upsurge in the global drone delivery service market.

For instance, In October 2019, UPS flight forward Inc. which is a subsidiary of UPS, a logistic company announced that they have received US government approval and certificate to operate in air. The drone is capable to load small packages and hence is expected to provide drone delivery service in hospitals to provide medical supplies.

The companies that are expected to deliver such packages are Amazon (Prime Air), Google(Wing), Zipline, DHL, Swiss post, Japan Post, Korean Express, Zomato, Alibaba, and Manna, among others. The key players of e-commerce market as well as various startups have also opted last-mile delivery services as a unique selling point of their products compared to their competitors. The e-commerce companies such as Amazon, Alibaba, 7Eleven, and JD.com, among others are providing their product deliveries through drones for providing faster deliveries to the consumers.

Based on range, the drone delivery service market is classified in two categories, distance coverage of less than or equals to 25km and more than 25km. The drone delivery service is dominant in the range of less than 25km distance. Further, the increase in service agreements among drone manufacturing companies and delivery service providers to enhance faster deliveries in least possible time is also expected to propel the market growth in the future. For instance, in March 2019, UPS partnered with the company Zipline for medical supply flights in Rwanda, Africa. The U.S. is a prominent country in North America which is actively looking for the last mile delivery options other than the ground vehicle delivery system, a delivery system that can operate for several applications in least possible time. The government of U.S. is also supporting the proliferation of drone deliveries.

Several companies have started their trials for delivery such Project Wing of Google (Alphabet Inc.) has started its BVLOS drone delivery trials in Virginia area. Also, In March 2019, Flitey started its trials for BVLOS drones in Reno.

In Canada, delivery drone is expected to disrupt the market of retail industry by transforming its distribution channel completely. Additionally, Canadian aviation authority is also focusing on air traffic solutions to enhance the safety of public and reliability of their delivery drones when operated urban areas. For instance, In Aug 2018, Transport Canada approves the testing of X1400 cargo delivery drone of the company Drone Delivery Canada.

The companies of North America which are the key players in global drone delivery service market are Amazon, Google, Flirtey, UPS, Matternet, Zipline, and Drone Delivery Canada, among others.