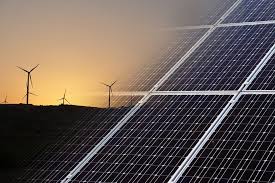 The fuel dispenser market in Asia Pacific is estimated to expand at a substantial pace during the forecast period, owing to the rise in standard of living of the people, increase in disposable income of consumers, and growth in population in the region.

The increase in the adoption of dual fuel and multi-fuel vehicles is expected to drive the global fuel dispenser market during the forecast period. The shifting trend from single fuel to dual fuel or multi-fuel vehicles in developing countries is boosting the demand for vehicle fuel stations. Furthermore, increase in disposable income has led to a rise in vehicle ownership. This is propelling the demand for fuel dispensers across the globe.

In June 2019, Dover Fueling Solutions (DFS), a part of Dover that is engaged in delivering advanced fuel dispensing equipment, announced the launch of its new Tokheim Quantium 510M fuel dispenser series. This range of fuel dispensers is the next generation of the acclaimed Quantium fuel dispenser family. In December 2019, the Massachusetts Bay Transportation Authority (MBTA) announced approval of a new contract with Scheidt & Bachmann to extend the life of the existing fare management system and incorporate new customer-oriented improvements through a series of upgrades. The new contract is part of the MBTA’s transformation strategy developed for a new fare management system that will be introduced in phases and with additional opportunities for public feedback.