The Express Entry year-end report for the year of 2020 released by Immigration, Refugees and Citizenship Canada (IRCC), dealt with some interesting findings.

A total of 332,331 Express Entry profiles were submitted in 2019, a 20% increase from the previous year. Of these profiles 72% were eligible for one of the federal immigration programs.

Among the eligible profiles, 69% had not claimed any additional points.

In certain scenarios, additional Comprehensive Ranking System (CRS) points are granted. For example, an individual with a provincial nomination receives an additional 600 CRS points. Those with arranged employment receive an additional 50 or 200 points. Candidates with a Canadian degree, French language proficiency or who have a sibling in Canada can also claim additional points.

The most common claims for additional points were made for having graduated from a Canadian school (13%) or for having a sibling in Canada (12%).

Another point of interest is the distribution of ITAs under different programs:

Profiles of the applicants who received an ITA:

Most of the invitations were issued to candidates aged between 20 and 34 (86%). Most candidates also had an undergraduate degree (at least three years long) or higher (90%).

In addition, the most common primary occupations of the candidates invited were software engineers and designers (NOC 2173), information systems analysts and consultants (NOC 2171) and computer programmers and interactive media developers (NOC 2174). Other common occupations were in finance, business, marketing and engineering.

Where the immigrants are from:

Popular destinations for the immigrants:

As you would expect, the majority admitted candidates were destined for Ontario. These candidates account for around 64% (that is 69,969 candidates). The second most popular destination was British Columbia, accounting for a further 18% (20,064 candidates).

Rise in median cut off scores

This rise in the average CRS cut-off score suggests that the Express Entry pool became more competitive in 2019. This was partially due to a larger pool size, as well as the increased number of candidates selected through a Provincial Nominee Program (PNP).

Immigration is the key economic driver for Canada and we can expect more immigrants in the coming years.

Novusimmigrationdelhi.com is one of those best immigration consultants in delhi for Canada,

We love to assist those looking to immigrate to Canada. As a full-service law firm, our lawyers are licensed to provide legal representation with respect to all Canadian immigration matters.

To get a Canada visit visa from delhi, please feel free to visit novusimmigration.com to schedule a free consultation today! 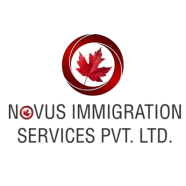