Modi Government Schemes to Save Girl Child and Empowering Woman

Sex-selective abortion is a major issue in India. Girls are killed in the womb just because they are girls. PM Modi urge all Indian citizens to not to kill girl child by saying “beti bachao beti padhao”. Educating a girl is a bigger issue in India. And this is why Modi government make some special schemes for educating a girl child and empowering woman all over India. The Sukanya Samruddhi Yojana, Pradhan Mantri Ujjawala Yojana, Mudra loan are some important Modi Government schemes help to empower the woman.

BBBP abhiyan is still going on under the Sukanya Samruddhi Scheme. the ratio of threatening a girl child is decreased. Under this yojana PM Modi announced certain amount to be paid after the girl child born. There are some slabs of educating a girl child on the basis of her age growth. Amount is paid to the parent living under the below poverty level. Some amount release on the marriage of that girl child. These are some benefits given to educate and save the girl child.

Under this scheme widow, single woman, elderly woman, transgenders who are below the poverty level are given free LPG cylinder. Around 72 million women has taken the benefit of this scheme. it is said that this is primary stage of uplifting woman and improving their lifestyle too.

Under this PMML woman can open her business and be the renowned entrepreneur. This scheme is launched for all but women are given preference. They can get around 10 lakh rupees amount as a loan from bank to open her business. They are given subsidized loan to make herself stand out from the crowd.

Modi government also takes care for expecting moms. He extended maternity leaves from 12 weeks to 26 weeks for the expecting moms. So that they can nurture the baby at home hassle free.

There are so many other steps taken by PM Modi like woman is allowed to go to HUJ without male guardian, GST is removed on the sanitary napkins, homes to woman in Gujarat and so many others.

He addressed “celebrate the birth of girl child” in Jayapur village. He shows the power of woman by positioning Niramala Sitharaman as Defence Minister, Sushma Swaraj as a Cabinet Minister. His aim is to build woman empowerment and make India a civilized India. For this woman should be given special respect and credit. These are some woman empowerment Modi Governement Schemes to give them wings to fly, to fulfil their dreams. Unfortunately most village woman don’t know about such schemes and still they live in same hazardous condition. All latest Sarkari Yojana list available sarkariyojana.com.

Areas Of Skin Are Contaminated Usually 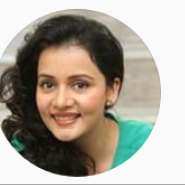 CMP Slurry Market to Witness Growth Acceleration During 2019 to 2029