NO LOCKDOWN ON CREATIVITY-EID MUBARAK ! 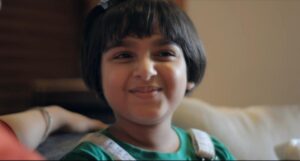 As the lockdown extends — at least, especially in crowded red zone cities like Mumbai — beleaguered companies and businesses are growing increasingly apprehensive as to when they will be able to restart.The Moon Studioz. The Mumbai-based ad film production house, while also suffering from the obvious blues and loss of business a lockdown brings, is going full throttle in creating opportunities for itself and its clients. And succeeding!The production house has just released its third film since the lockdown was imposed; in the making of each, strictly adhering to all lockdown rules as laid down by the authorities. Amazingly, every one of these three films has been shot live, rather than taking the easy way out by merely piecing together stock.The production house has been able to overcome restrictions on social distancing, location and movement by creating scripts where no scene uses more than one actor, except when they are from the same biological family, anyway living in the same home. The post production and has also been conducted in isolation, using professionals fully equipped with facilities at home.The film is doubly topical — set as it is during Ramadan in the time of lockdown. At the same time, it conveys a much-needed social message of showing care and concern for those who are putting their lives on the line (in this case, a policeman) for our safety in the time of COVID.Emotionally couched in a story revolved around a random act of kindness, the product itself is subtly, yet unmistakably, given a pride of place — a hero without being a force-fitted hero. In the narrative, the family is well-stocked in its food essentials, including Emperor Akbar cardamom, which apparently is an essential and popular ingredient in their cuisine. Further, that the same is now being used in their random act of kindness, gives the product an even greater aura. All in all, a film that is relevant, topical, creative and emotional.Emperor Akbar Cardamom is the flagship product of Samex India Pvt Ltd, a leading exporter, backed by selected plantations in the very heart of cardamom country — Alleppey, Kerala. The company is the India’s largest exporter of cardamom, and its produce is the only brand of authentic GI-tagged Alleppey Green Cardamom.Its own story is the latest chapter in the rich history surrounding the category ‘Alleppey Green Cardamom’, that goes back to the 15th Century. A history involving ancient wars and trade routes, as world powers of the time attempted to gain control over this Queen of Spices.Another evocative chapter in these annals, dates back more recently to the Raja of Travancore who ruled that, under his watch, only the best quality cardamom were to be reserved for export. A standard that ultimately defined Alleppey Green Cardamom’s superiority over any other rival, anywhere in the world… and a tradition passed down to, and upheld by, Emperor Akbar Cardamom to this very day. Thus, its claim of being the ‘best cardamom in the world’ holds up to any scrutiny.Mr. Hemen Ruparel, MD, Samex India Pvt Ltd substantiates this further: “Our cardamom is processed in state-of-the-art HACCP facilities. Aroma Lock technology and shipping in UV coated master cartons ensure that the unmistakable aroma of our produce continues to delight long after the pack is opened.”Shifting focus to the latest film, Mr. Ruparel opined: “Our primary customers are in West Asia and the Middle East, hence the film leveraging an emotional appeal in the time of Ramadan makes for very sound strategy. I am amazed at the production values the production house has been able to infuse, despite all the restrictions that come with the lockdown.”Vandana Sethhi, Producer, The Moon Studioz adds: “Life, work and business have to go on even in a lockdown. We are in the business of innovative ideas, and we appreciated the challenge of innovating, or at least re-inventing what we do, while working around all the stringent restrictions on movement and resources. We have not compromised any of social distancing or other rules, and yet have been able to create a film that any ad film production company would have been proud to own, even in normal times. This is our third lockdown film, and we think we may be showing a way for the rest of our industry to follow.”“Another social message subtly embedded into the film, is that even while carrying out this random act of kindness socially, the family adheres to all the lockdown rules. Also we showed a new hugging style between the small girl and the police man while following social distancing, which can probably become a new way of greeting Eid Mubarak this year” adds Salil Jason Fernandez, director of the ad film. Made for social media, the film will be uploaded on Instagram, YouTube and Facebook, with scientific targeting of the brand’s customers to ensure big bang for the client’s buck.

The Different Types of Hidden Cameras

What Happens If Some Factors Hurt Your Artificial Grass?

Benefits of hiring the professionals for Tree Removal service