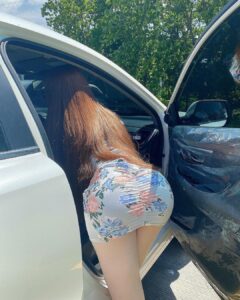 Serena Williams launched her latest bid for a record-equalling 24th Grand Slam with a 56-minute demolition of Laura Siegemund at the Australian Open.

The American, 39, said it was “vintage Serena” as she thrashed the German 6-1 6-1 in front of a small, unmasked crowd on Rod Laver Arena.

US Open champion Naomi Osaka also made a convincing start with a 6-1 6-2 win over Russia’s Anastasia Pavlyuchenkova.

But former champion Angelique Kerber was the first seed to be knocked out.

The German 23rd seed, who was one of 72 players to spend 14 days in ‘hard’ quarantine before the tournament – confined to a hotel room and unable to train outside – was beaten 6-0 6-4 by American Bernarda Pera.

Kerber, a three-time Grand Slam champion, said the quarantine had affected her form for the major.

“You feel it, especially if you play a real match where it counts and you play against an opponent who doesn’t stay in the hard lockdown,” she said.

Live scores, results and order of play
Boulter loses to Kasatkina in first round
Alerts: Get tennis news sent to your phone
French Open champion Iga Swiatek raced into the second round with a 6-1 6-3 win over Arantxa Rus of the Netherlands, but US Open quarter-finalist Tsvetana Pironkova of Bulgaria lost 7-5 6-2 to Taiwanese Hsieh Su-wei.

Hseih will next play Canada’s Bianca Andreescu, who beat Mihaela Buzarnescu 6-2 4-6 6-3 in her first match for 15 months.

The 2019 US Open champion had not played for 467 days after struggling with a knee injury.

“I’ve been through quite a bit in those 15 months. It wasn’t easy,” she said.

Second seed Simona Halep raced into the second round with a 6-2 6-1 win over Australian wildcard Lizette Cabrera in just 59 minutes.

Czech Petra Kvitova, who was runner-up to Osaka in 2019, also advanced by beating Greet Minnen of Belgium 6-3 6-4.

Serena channels Flo-Jo in rapid win
Williams made a nervy start against Siegemund, double-faulting on the first point of the match before losing her opening service game.

However the American, who withdrew from last week’s Yarra Valley Classic semi-final with a shoulder problem, did not take long to find her footing.

She hit 16 winners and four aces against 51st-ranked Siegemund, setting up a second-round meeting with Serbia’s Nina Stojanovic.

Williams wore a one-legged, black, pink and red catsuit, which she later said was a tribute to late American track and field icon Florence Griffith-Joyner.

“I was inspired by Flo-Jo, who was a wonderful track athlete, amazing athlete when I was growing up,” Williams said.

Williams is joined in the second round by Osaka and her 40-year-old sister Venus, who beat Belgium’s Kirsten Flipkens 7-5 6-2.

There are limited crowd numbers at this year’s Australian Open, with Victoria’s health officer giving permission for 25,000-30,000 fans to enter Melbourne Park each day.

The stands looked sparse, with fans spaced out according to socially distant seating plans.

Melbourne had a 112-day lockdown in October to prevent the spread of Covid-19, with bars, restaurants and shops gradually reopening since then, and there had been concern among locals about the risks of hosting an event with so many international players flying into Australia during the pandemic.

There are no line judges at the Australian Open in an attempt to keep the tournament bio-secure, with ball-tracking cameras used instead.

Voices call out decisions in real-time, with recordings made by Australia’s health workers, firefighters and other emergency services personnel as a tribute to their work.

“I feel like if they do want to continue this way, I actually have no complaints about it because I think that there’s a lot of arguments that aren’t going to happen because of this technology,” Osaka said of the decision.

YOUR 101 GUIDE TO FIND THE BEST ESCORT IN KOLKATA

All You Need To Know About Puppy Teething