Do you know the New Smoking Laws in Queensland Australia

Smoking laws in Queensland was originally restricted in certain areas such as indoor dining areas and other licensed premises under the Tobacco and Other Smoking Products Act 1998 (Qld). Amendments to this legislation in 2004 resulted in stricter bans, with children’s playgrounds, stadiums, beaches, and near entrances of buildings and public transport making the list of restricted areas.

Smoking laws subsequently included the outdoor eating area in 2006 and more recently, pedestrian malls, skate parks, and swimming pools in 2016. With recent amendments to the smoking laws and more conclusive restricted areas, there are very few areas that do not involve a smoke-free area.

Proposed Smoking Ban and the Effect

Sydney council has proposed a smoking ban in the second-largest CBD, essentially creating the first national-first smoking ban. The North Sydney council members hope to reduce the current smoking rates by as much as 50% in the coming months, with hopes to extend the some-free range in the years to come.

Although there is not an entire area that has been banned from smoking, most public areas are subject to “buffers” which require smokers to move a certain distance away from patrons who cohabitate in that area. The new proposal for a widespread ban on smoking is a new kind of change Australia has not yet seen and could result in many other major cities implementing similar regimes to their CBD or heavily populated areas.

Although councils are arguing these new laws are creating a culture that reduced second-hand smoke, supports smokers attempting to quit, and discourages children from engaging with smoking, some people do not agree with this deprivation and inconvenience. Let us know what your thoughts on the matter are, and whether we are moving in the right direction as a society.

What is an eLearning Platform? 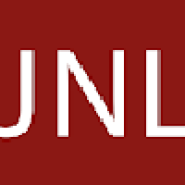 What to expect when you’re expecting (a divorce)

5 Immediate Things You Need to Do After a Car Accident

Can you claim for flight delays outside of EU?