As per the report titled ‘Global Electric Vehicle Market Outlook 2020-25‘ published by Bonafide Research, the electric vehicle market was valued at USD 27.85 Billion in 2014, with an unsurpassable volume share of 61.34% held by the Asia Pacific, in 2019. The region is to witness the fastest growth, followed by Europe and North America. The automotive industry in the countries such as China, Japan, and South Korea is inclined toward innovation, technology, and the development of the advanced electric vehicle. While Latin America and the Middle East & Africa put together could not cross over 3% of the market. The total market is expected to cross a value of USD 400 Billion by the end of the forecasted period.

The electric vehicle outperforms the conventional vehicle providing higher fuel economy, low carbon emission, and maintenance, the convenience of charging at home, smoother drive, and reduced sound from the engine. The BEV segment leads the market and is expected to reach over 80% in terms of volume, while the PHEV segment is to portray an expected CAGR of 36.03%, through the forecasted period. While the companies are focusing on manufacturing comparatively lesser expensive models, the market is likely to get incline towards the luxury car segment, which is expected to account for an approx value share of 40% by end of the forecasted period. This shift in the market behavior can be said to be backed by the possibilities of the rise in disposable income and readiness to spend more on expensive features.

As the demand for a quick process at less cost increases in the manufacturing industry, the demand for light commercial vehicles is excepted to increase. The commercial electric vehicle is anticipated to reach a market of over 800 Thousand Units by the end of 2025, while the passenger vehicle continues to lead the market. Technological advancement in battery life and robustness would act as the key market drivers, especially for the electric commercial vehicle segment.

Even though electric vehicles are a need of the hour, the market is hurdled highly because of the lack of infrastructure and the high manufacturing cost. The lack of standardization in the charging load is also a major drawback for the global market. To overcome this, many electric vehicle manufacturers are focusing on developing their charging network. The governments of various countries have planned stringent CO2 emission norms that have increased the demand for electric vehicles. Besides, the governments are providing incentives and subsidies to encourage EV sales. Electric Go-Karting and electric auto are to become a popular trend among the developing nations, thus giving more market space in the industry.

The top 3 players: Tesla, Nissan, and Toyota together accounted for 31.45% of the share in 2019, while the other major players are BMW Group, Volkswagen AG, General Motors, Daimler AG, BYD Company Motors, and Ford Motor Company. The other smaller and local players also play an important role with the mergers amend acquisitions around the industry. 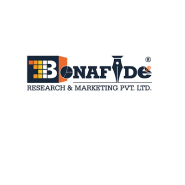 How to Choose the Right Car for You?

Cash For Cars Gold Coast – Where to Look

6 Wonder Tips to get Top Cash for Your Car