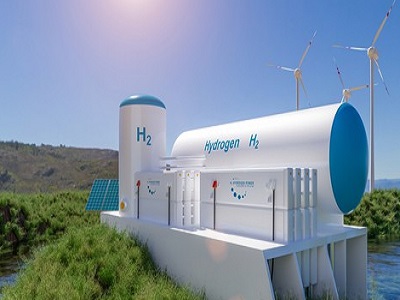 According to ChemAnalyst report, “Global Hydrogen Market: Plant Capacity, Production, Operating Efficiency, Demand & Supply, Technology, End Use, Competition, Trade, Customer & Price Intelligence Market Analysis, 2015-2030”, the demand for Hydrogen in the forecast period is projected to grow at a healthy CAGR of around 7.95 per cent on the back of rising awareness for deployment of renewable energy resources and increasing number of government initiatives to support the green Hydrogen movement to safeguard the concerns regarding consistent environmental degradation. In addition, increasing usage of Hydrogen as an industrial fuel in substitute of the ones emitting high sulfur and carbon content is contributing well to upscale its demand in the coming years. For a long-term full-fledged goal, it will require Hydrogen as an alternative to support the deep decarbonation idea.

Hydrogen is a flammable gas with slight carbon emission and find applications in various domains such as production of chemical derivatives, in building and construction by blending into pre natural gas networks, followed by power generation and transport. Presently, natural gas followed by coal are the prime feedstocks being utilized for the production of Hydrogen. Hydrogen is not just regarded as an energy source but a carrier of chemical energy. It is viewed as a highly versatile compound since it can be produced from various energy sources such as natural gas, coal, biomass, wind, hydroelectric power etc., and and can also be utilized to make diverse fuel derivatives like synthetic liquid fuels, methane, ammonia, methanol and others.

Unprecedented outbreak of Coronavirus in the final quarter of FY-20 has significantly impacted key renewable energy markets. Due to abrupt lockdown and force measures implied in various countries, the demand for industrial Hydrogen has suffered a huge blow. Moreover, European countries like France, Portugal, Spain, Italy and Germany have faced serious repercussions due to delay in scheduled projects along with severe decline in finances due to unavailability of manpower and challenges associated with planned execution. However, surge in the demand for Hydrogen is witnessed since the resumption in market activities across the globe. As per the industrial experts, it is anticipated that investment in development of green Hydrogen economy can serve the overall mankind with affordable and clean energy system and can create potential markets for Hydrogen applications, products and equipment in the next five years. Furthermore, new investments in times of critical global recession can add up new opportunities for employment and growth. However, the predicted results will require huge support from government in terms of funding and incentives. If the roadmap to new Hydrogen economy is followed as planned, then it can provide tremendous gains to Global Hydrogen manufacturing industry. But a challenge in Hydrogen transportation and storage can be a minor roadblock in achieving the desired gains in the expected time margins.  As renewable energy is being characterized as the ‘New Normal’ there exists vivid opportunities for new manufacturers to enter the market and reap first movers’ benefits, this factor will drive the market for Hydrogen in the Forecast period.

To support green Hydrogen economy, the start-up and scale-up of competitive and innovative Hydrogen production company is anticipated to largely fuel the Global Hydrogen market by 2030. However, the challenge ahead is the transformation of existing natural gas pipeline to Hydrogen pipeline. Moreover, the construction and maintenance of Hydrogen fueling stations and port facilities for active transportation of the gas is another pivotal factor that could demonstrate the growth of Hydrogen market in the coming years. With European Union and several other governments leaned to adopt Hydrogen as a niche fuel in the future to battle the degrading environment, a large number of investments are anticipated to happen with various companies entering the green Hydrogen market in search of new profit bearings. The idea of green Hydrogen is at its most early phase and requires huge innovations backed by large government funding to take it to next level globally.

The Global Hydrogen market is anticipated to witness a commendable growth with majority of the consumption share coming from Asia Pacific (APAC) Region owing to the increasing industrial operations in countries like China, India and South Korea. In addition, China’s setup of a new Hydrogen city with an altogether investment of 290 million to brace new research and development operations and build transport and storage facilities along with large scale production of Hydrogen fuel vehicles is the magnetic attribute towards the growth of Hydrogen market in Asia Pacific. Europe followed by Japan also showcase large plans for adapting to green Hydrogen economy to combat climate change. The market has portrayed tremendous growth in last few years, and it is expected to reach great heights in the forecast period.

“Vision of transforming to a clean and green economy has made various countries to take ahead the renewable energy initiative with bound targets, funding’s, regulations and subsidies. However, along with the aim of decarbonizing the economies the present scenario has propelled it as a potential map that could resurrect the hard-hit economies post Covid-19. As investment in next generation Hydrogen plants can serve well in generating new opportunities like jobs and GDP for the present. As per the analysis, countries like US and China are equipped with all vital resources to produce Hydrogen for their needs and are hence anticipated to be the foremost countries idealizing this future vision. Although governments across the globe are contributing an appreciable share of funding’s but idea can only be practiced if Hydrogen produced via electrolysis becomes affordable to the masses in the coming years, which implies its present cost needs to cut down by nearly 50% to 60%.” said Mr. Karan Chechi, Research Director with TechSci Research, a research based global management consulting firm promoting ChemAnalyst.

For more information, please visit us at www.chemanalyst.com

More About How Does Car Insurance Work