In 1988 Farah Sayeed left her family home in London to

In 1988 Farah Sayeed left her family home in London to study Biology and Psychology in Liverpool. But it wasn’t just the lectures she was looking forward to. “University was my legitimate ticket to finally getting the freedom that everybody else seemed to be enjoying except me,” she says. 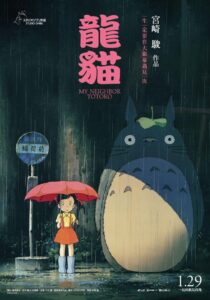 Farah’s parents are Bengali Muslims who came to Britain in the late 1960s. She had a happy upbringing, although she sometimes felt stifled. Her parents were more liberal than their Bengali contemporaries, “but that’s not the comparison I was making. I was merely comparing them to my English friends’ parents.”

Her mother, Runi, acknowledges that she was an anxious and clingy parent, which she puts down to losing her own mother at a young age. However, she never interfered with where Farah was going to study.

Farah loved being away from home, and felt liberated from the weight of her parents’ expectations. But as her time at university was coming to an end, she worried that if she returned home she would be treated like a child again, and might even be pressured into an arranged marriage. So she found a one-bedroom flat in the city centre, and got jobs working in a bar and at a women’s refuge. She then plucked up the courage to call her mother and tell her she wasn’t coming back to London.

Runi was so shocked by the news, she immediately hung up on her daughter. The conversation had lasted barely a few minutes.

Farah didn’t even get the chance to explain why she wanted to stay, and reacted with defiance. “That’s fine by me,” she thought. “They’ve cut me off, they’ve cut me out of their life. I’ve done nothing wrong.”

But the call left Runi heartbroken. She ran out of the house and went straight to an English friend’s house, because she felt her Bengali friends would not understand. Runi needed to take in what she had heard, so they decided to drive to Botany Bay in Kent, to be by the sea. Runi cried all the way there in the car.

Dressed in her sari, tears still flowing, she sat on a cliff top looking out to sea. But seeing the water was no balm, in fact it only made her feel worse. It reminded her of the Buriganga river that she had grown up with in Dhaka, where she would fish and play, and where she had been so happy. All she could feel was a sense of loss, not just for her daughter but for her country too.

After the phone call, mother and daughter did not speak for nine months.

During this estrangement, Farah met a group of people who would change her life. One night, a friend came into the bar where she was working and mentioned he was starting an Asian Writers Collective. He asked Farah to join. Days later, she walked into Toxteth library and found a group of British South Asians sitting around a table. “It was a revelation,” says Farah. They had so many shared experiences of what it was like to grow up as a second-generation Asian and then come to university and be surrounded by predominantly white contemporaries.

The Asian Writers Collective became a space for Farah to talk honestly about the ups and downs of her life. She could talk about the racism she had experienced and open up to like-minded people in a way she had never done before. Her parents’ formative experiences had been in Bangladesh, so she felt she was not really like them – but she also felt very different from her English friends.

Farah admits that before joining the group she had felt a bit lost at times, as though she existed in a no-man’s land – and that could feel lonely. They quickly became her alternative family.

After nine months of silence, Farah and Runi began tentatively to talk to one another again. But Runi was still struggling to come to terms with what had happened.

She had always expected Farah to come home from university and be part of her life again. “Even now I feel weepy and full of hurt,” she says, her voice breaking, 30 years later.

That phone call with Farah was Runi’s first realisation that her children, who had been brought up in Britain, had a different world view from hers. “Their understanding of the world and mine started to clash very seriously and I found that difficult to cope with,” she says. It felt like a rejection, and was not something she had anticipated when she chose to bring up a family here.

Runi had come to Britain as a young bride in 1968 to be with her husband, Muhammad, who was training to be a barrister. She had never met him before. They were married over the phone, while she was in Dhaka and he was in London. Afterwards they exchanged many letters, declaring their love for one another. Yet when Runi arrived at Heathrow airport and her new husband came to collect her, she had no idea who he was in the crowd.

A graduate, Runi had been head teacher at a kindergarten outside Dhaka, but she started off doing menial jobs in London, as that was all that was available to her then. In time she became a teacher and later trained as a psychologist. She brought up three children, and it was hard. When you raise children in your own society, she says, talking of Bangladesh, “you have a kind of scaffold around you: your family, your friends, your society.” Here, she and her husband were on their own. She worried that if her children went astray, it would be their fault. And then there was the racism they regularly encountered.

Yet none of that was as hard as her eldest daughter telling her she had decided to stay away from home. Runi describes it as the most intense pain of her adult life.

Farah is now in her early 50s, and lives near her parents in London. She’s a social worker and has three children of her own. She says she gets her strong-mindedness and independence from her mother, who she clearly admires and respects.

Mother and daughter didn’t discuss the difficult phone conversation with each other for many years. Since then both have changed their outlook.

For Farah, not returning home had felt like “a decision that my very survival was based upon”. But she now realises how angry and heart-broken her parents were.

And Runi and her husband no longer worry about Farah making her own life decisions. “Now I know that life is different when you live in another country,” she says.

Runi denies planning an arranged marriage, although she admits she and her husband were concerned Farah might never marry. Then, in 1997, Farah brought someone home from the Asian Writers Collective – her future husband. “He’s a British Pakistani Irish Muslim, and I think that definitely ticked enough boxes for them to have been overjoyed,” Farah says. So it wasn’t the end of the world that he wasn’t Bengali.

Put the country first" and move forward with

What is a Brochure Design?

3d Drawing Easy For Beginners With Step by Step

Tinnitus Will Most Likely Be Scheduled At Affordable Levels