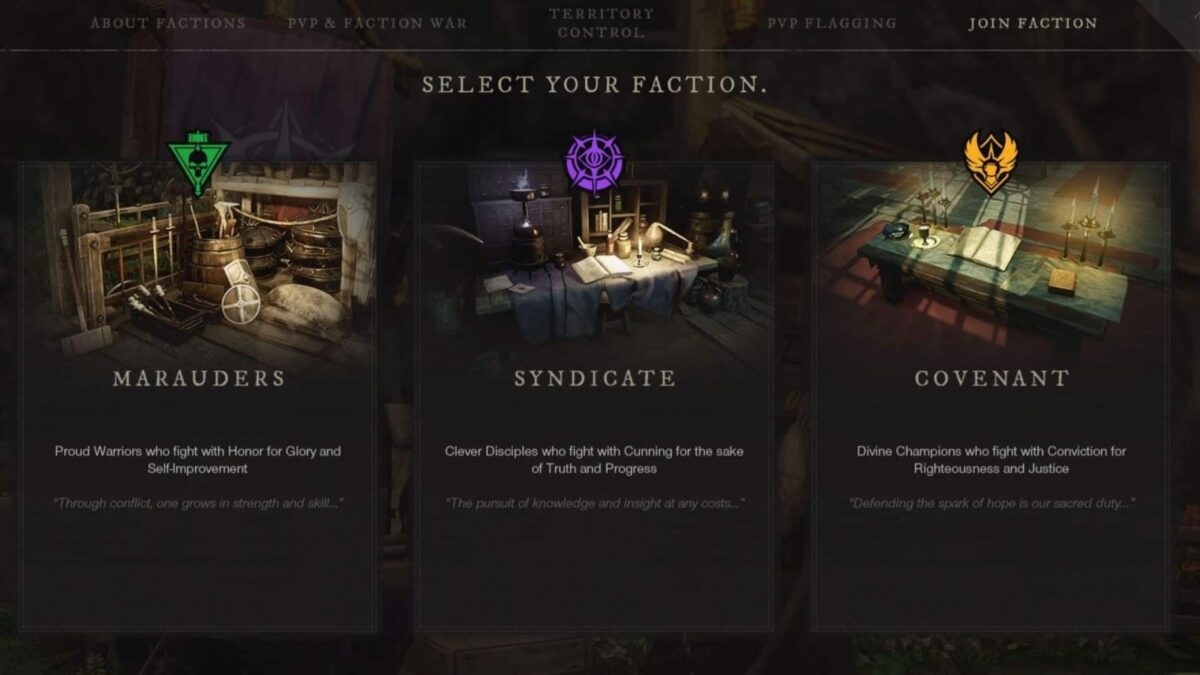 The Factions are powerful organizations that fight for control over Aeternum in New World. Each Faction has a different reason for and way to control Aeternum, and all factions work against each other to get resources, power, and influence across Aeternum. As a mandatory part of the game’s progression, players will eventually have to choose one side, the Marauders, the Syndicate, and the Covenant.

After selecting a Faction, players can take up Faction Missions. Completing them rewards players with extra XP and New World Gold Coins, as well as Reputation, Influence, and Tokens. Over time, you’ll gain a faction reputation from completing faction quests and open-world PvP. This helps with reaching higher ranks where you can get more returns.

Factions also offer players equipment, but the items are largely the same. The only major difference is the cosmetic look of the gear from faction vendors. You need to complete missions for your Faction to get faction tokens to purchase themed gear.

Regardless of which Faction you joined in New World, they all have the same ranks and reputation required for each. Here’s a quick rundown of each and how much you need to reach it.

While it may seem faction reputation is locked at 3,000, it isn’t. First, you’ll need to reach 3,000 reputations regardless of which one you’re in. You may already have a quest that tells you to do this without saying much else. Once you reach that cap, you’ll either get a quest immediately or need to visit a faction representative.

If your Faction can gain control of a territory, your workshops and fast travel costs are cheaper. You can also contribute to completing town missions to help upgrade settlements. An added benefit is as you climb levels in your Faction, you get rewards and components for crafting.

Nonetheless, if you complete enough of these missions alongside other players, you will eventually raise your Faction’s influence enough to declare war and try to claim certain territories. If your Faction is successful, you will reap several rewards previously mentioned from that territory.

As for which Faction to Join, choosing a faction boils down to personal preference. For choosing a Faction, we recommend choosing whichever aesthetic and lore suits you and your character best! 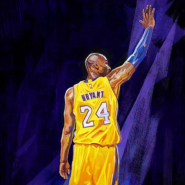