Home > Health > What is lupus and its causes?
Health

What is lupus and its causes? 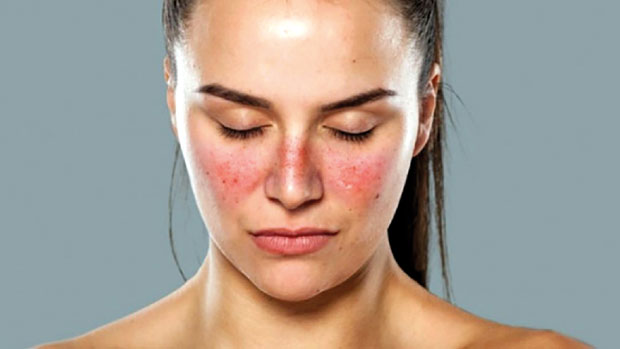 The systemic lupus erythematosus is a chronic inflammatory disease of autoimmune origin (although the exact cause is unknown yet). This means that the affected person’s immune system loses the ability to identify bacteria, viruses, and other external enemies that enter the body and mistakes healthy cells and tissues as invaders, activating an exaggerated production of antibodies that act on the cells. Of the patient himself (autoantibodies), so any organ of the human body can be damaged.

This systemic autoimmune disease’s initial symptoms can is very subtle in most patients, ranging from skin lesions and photosensitivity to inflammatory joint pain in any body part. Hence, it is usually a rheumatologist who diagnoses lupus since they usually identify the warning signs and their associated lesions. Erythema on the nose and cheeks in the shape of butterfly wings is also characteristic.

It is a disease that is estimated to be suffered by between 10 and 40 out of every 100,000 people – only in Spain 75,000 inhabitants suffer from it according to data from the EPISER 2016 study – and it affects women more frequently so that in 90% Of the cases are women of reproductive age. However, it can also be suffered by men, the elderly, and children. Women of color suffer from it three times more than white women.

Causes and risk factors of lupus

Still, it is known that several factors acting on someone genetically predisposed could develop the immune alteration and the symptoms of lupus. Among the predisposing factors include high estrogen levels (this explains the frequency as high in women), ultraviolet radiation, certain drugs, infectious agents, and so on.

The name of the disease, ‘lupus,’ is due to a doctor who popularized this name in the 13th century, since the lesions on the face that appear in those affected reminded him of wolf bites (‘lupus,’ in Latin).

The clinical manifestations of lupus are very varied, and all kinds of symptoms can appear due to the alteration of various organs. Most patients present with periods of disease exacerbation, alternating with remission periods, and it is rare for the disease to resolve completely.

Both early and during the clinical course, lupus can be accompanied by general manifestations in the form of fatigue, fever, weight loss, loss of appetite, and general malaise. Let’s take a closer look at the most common lupus symptoms :

They are the most common symptoms of lupus. Joint pain appears in practically all patients, as well as nonspecific muscle pain. The appearance of arthritis (inflammation of the joints, which usually changes location) is also very common. Weakness, muscle inflammation, increased elasticity of the tendons, as well as joint dislocations, and deformities may be observed.

They are the next in frequency after musculoskeletal, occurring in 80% of patients at some point during the disease. Currently, skin involvement is divided into three different forms of presentation:

The kidney disorder caused by lupus is nephritis. It appears in 50% of patients and is usually the most serious manifestation of all since it is the one that determines the prognosis of these patients. It is usually asymptomatic, so it is necessary to do general urine tests in patients with lupus to diagnose it as soon as it appears.

They occur in 50-60% of cases and can be very varied. The most frequent are cognitive alterations, especially memory and reasoning problems. There can also be headaches, seizures, and even psychosis.

Urgent care for adults and children