Home > Technology > Why you should opt for ReactJS for your next project?
Blogging, Gadgets, Mobile App, Software, Technology

Why you should opt for ReactJS for your next project? 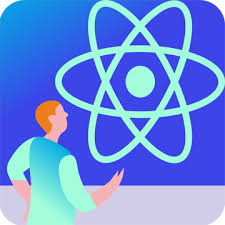 There is rapidly increasing use of Web Front-End Development by web development companies. The stack is extremely rich and supports many features. Choosing the best tool to make their business idea a reality can be difficult for people when implementing a business idea.

When people want to pitch an idea to the world online, ‘Angular’ is their first preference.

In contrast, ReactJS is a popular front-end framework that has steadily gained popularity among developers and business owners.

What is React JS?

Created for internal Facebook work, the program evolved into open-source and gained immense popularity among developers. This new Javascript library allows its practitioners to build outstanding user interfaces with a scaleable frontend and easily scale backend for web development.

Here are a whopping 10 reasons that will help you overcome your hesitation to use React in your next project.

It’s not difficult to work with React.js because you only need to handle the frontend part and know JavaScript. You can use React.js anytime you need, not just when you’re updating your website.

The React.js framework is much easier to learn than similar front-end frameworks such as Angular and Vue. This is one reason why React has become so popular in a short time; small businesses can quickly implement their projects using this framework.

React.js boosts app speed with virtual DOM. By using it, custom objects are created as part of the DOM in their tree. With HTML, for instance, if a div block is created that contains an H1 tag, then an actual div element with the H1 element inside is created. In React.js, it creates a react. div object that contains a react.H1 object. It is simply a matter of creating the objects and handling them without actually going through the DOM API. Once it comes to the rendering part, the system will use the virtual DOM to determine how to handle the real one.

The new method does not render the entire DOM as in HTML and CSS; it only renders the parts that need to be changed; this is what makes React.js faster.

The bad habit of duplicating code is better avoided while you’re learning the development process. This practice will negatively impact your project’s success. Once you must edit all duplicated parts to make a change, it is a very tedious step, one that no one enjoys.

Because of its component-based architecture, React.js is a simplified way of coding UI blocks that do not have to be coded all at once. You can instead start with small components like text labels and buttons and combine them into one large component. After combining these components to form even higher-level components, you can repeat this process until you’ve completed the final UI block.

You can achieve a consistent look for your apps with reusable components, making them easier to maintain and scale.

The productivity of developers can be greatly enhanced by using React.js. It helps developers build apps faster and make them consistent by leveraging reusable components.

In today’s software development world, speed is the most important factor. Faster results in less development cost and more revenue after you solve the problem of getting things done.

Based on the react framework, React Native is a mobile app development framework. Due to this, it is very simple for developers to switch to react native and create native-looking applications. Additionally, some components are easily reusable; they can be used from React web applications in React Native mobile apps, which speeds up the development process.

With tools like the flux and redux, React JS offers a very rich ecosystem. Using Node JS for the backend is also possible.

Despite its popularity, React.js belongs to all the active community members. On top of Facebook providing ongoing support, thousands of great contributors from around the world have helped to keep the library up-to-date. React.js has become one of the most contemporary libraries as a result.

It means that you can immediately find the solution to any problem you face while developing React.js. You can find numerous tutorials online that will certainly help you become a better react developer. Some websites offer solutions to your problems, such as stack overflow and Quora.

8. Flexible and easy to maintain

One of the main benefits of React.js is that react code is easy to update and maintain due to its modular structure. React projects are very flexible and can be easily scaled. It can help save time and money in the long run very significantly.

React.js can be used for browsing the ECMAScript 6 models that are necessary to define reliance as well as working with Babel, react-di, and other tools. It is possible to use a simple test to determine the state at present.

Monitoring happens from triggered functions, output events, etc. Testing is required before use, and React.js makes it easy.

Rendering on the backend will increase your site’s visibility. Search engines prefer sites that render on the backend. In addition to the high performance and speed of React apps, which we mentioned above, they improve the user experience as well as SEO.

Now I conclude this blog post by summarizing why ReactJS is an excellent frontend framework.
The React framework is also among the top-quality frameworks that are worth paying attention to.

All in all, in a modern fast-paced business environment having your product built with a future-ready and flexible tech stack, could be a huge benefit. So if you are thinking about using React for your next project, just hire ReactJS developers.

Acknowledge Your Source Or Creator, The Universal Energy

A Reliable Vegan Bodybuilding Supplement can be Helpful