There’s no better way to spend the holidays than by going to the beach. And if you’re craving the feeling of wind in your hair and sand beneath your feet, there’s only one place to go: Sardinia Island. This mass of land off the coast of Italy is a top summer destination, and you can book a Sardinia Island tour to make the most of your trip!

Your ultimate guide to the perfect Sardinia Island tour

Sardinia is the second-largest island in the Mediterranean Sea, closely following Sicily. It is one of Italy’s 20 regions, divided into five provinces: Nuoro, Oristano, Sassari, Sud Sardegna, and the metropolitan city of Cagliari.

Contrary to popular belief, Sardinia is not a tropical island. Instead, it experiences the four seasons much like any other Italian region. But, like most holiday destinations, the best time to visit Sardinia would be during the summer, June, July, and August.

You can expect the temperatures to reach up to 104°F (40°C), but most of the time, they range from 82.4°F to 89.6°F (28°C to 32°C). Take note that summer is considered the peak season for Sardinia, so get ready to deal with hundreds of other tourists, high accommodation costs, and expensive flights.

If you’re not after sunny weather or getting a tan, you can visit Sardinia during the shoulder season from March to May and September to October. The sea at these times is too cold to swim in; however, you can opt for sightseeing, hiking, and other land activities instead.

It’s also best to avoid the low season from November to February when you’re planning your Sardinia Island tour. Around this time, the weather is much colder, and there is an increased chance of rain.

How to book your Sardinia Island tour

The good news is that you don’t have to travel to Sardinia by yourself. If you want a properly spaced-out itinerary that fits all the activities you want to do, consider booking a package trip with an experienced tour provider.

Leading Italy tour providers offer a wide range of package options to suit your needs, whether you’re looking for the classic Sardinia Island holiday or brave enough to go off the beaten path.

In addition, top-rated providers can help you find high-quality accommodations for all seasons, including choices between four and five-star hotels. This service comes with complete assistance and porterage from your airport arrival and hotel check-in to departure and check-out.

The most exciting things to do on Sardinia Island

Another great thing about working with a leading tour provider is that you can fully customize your vacation. If you prefer creating an itinerary and planning your activities, here are some must-visit destinations to include in your trip to Sardinia:

The capital city of Sardinia is not one to miss, and luckily, you don’t have to skip it. You’ll be arriving from Cagliari Airport. After you’re ready to move about, you can visit archeological sites such as the Cathedral of Santa Maria, Basilica of Bonaria, and Tuvixeddu Phoenician Necropolis.

Within Cagliari, you’ll also find the Museo Archeologico Nazionale, home to numerous Greek, Roman, and Punic artifacts. Here, you can learn more about the nuraghe, a collection of round stone structures dotted across the island.

The fascinating thing about Sardinia is that it’s influenced by diverse cultures — the island has been inhabited since the Paleolithic Age. So don’t be surprised if you see a mish-mash of Greek and Roman architecture, Mediterranean cuisine, and European languages.

Alghero, a city in Sassari, is reminiscent of Spanish streets and skylines. The people in this area mainly speak a variant of Catalan, and you’ll discover different Spanish-inspired cathedrals, palazzos, and bastions.

Visiting Sardinia for the summer? You can’t miss the best beaches the island has to offer. Costa Smeralda, also known as the Emerald Coast, is a must-see for any traveler, named for its deep green waters and rugged coves.

This 20-km stretch of land is home to charming towns, including Porto Cervo, Liscia di Vacca, Capriccioli and Romazzino. Porto Cervo should be at the top of your bucket list, a luxurious resort village filled with private yachts, designer boutiques, and five-star hotels. It also contains the Stella Maris Church, an oddly-shaped worship space overlooking the marina.

Remember the nuraghi you learned about at the Museo Archeologico Nazionale? You can see one of its best examples just north of Oristano — the Santa Cristina Nuraghe. As one of Sardinia’s most iconic attractions, this archaeological site features an open roof that gives you a view of the surrounding prehistoric stone village.

Do you want to know what it’s like to live in an Italian city? Don’t forget to visit Sassari on your trip, Sardinia’s second-largest city known for being an educational and cultural center. Here, you can explore the history of architecture, from Catalan Gothic churches to Neoclassical buildings.

In addition, make sure to stop by the Museo Nazionale Sanna, where you’ll find a display of Nuragic bronze figures, jewelry, and Roman artifacts. And last but not least, take some pictures in front of the Duomo, whose façade was first carved in the 17th century.

There are many other places to explore on the Mediterranean island, from the piazzas in Oristano to the graceful basilicas in Porto Torres. Additionally, you’ll get to taste exquisite Sardinian food and wine during your stay, including Zuppa Gallurese, Pane Carasau, Pecorino Sardo, limoncello, and freshly caught sea urchin.

What are you waiting for? Experience Sardinia Island and everything it offers, from sunny beaches to historical monuments, with an experienced tour provider of your choice! 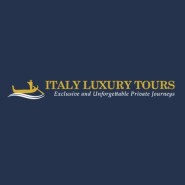