Home > Technology > Who Is Behind The Development Of Shalu Robot? 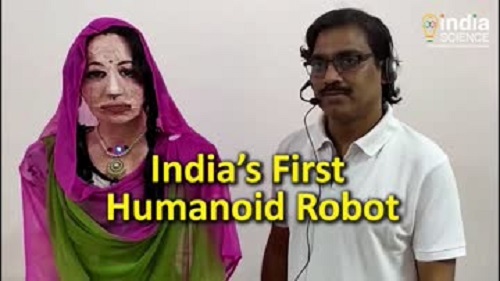 Who Is Behind The Development Of Shalu Robot?

If you haven’t seen the Shalu robot then you are missing something very important. It is a humanoid robot developed on the lines of the Sophia robot.

Introducing Shalu as the first and probably the only intelligent Indian humanoid robot would be belittling the efforts made by its developer. Yes, it is developed on the lines of Sophia, but it would be more appropriate to say that it is inspired by Sophia. Many things make Shalu different from others.

Shalu is Indian as nothing foreign is used in its making. And if an idea is a foreign thing, then you can say that it is Indian in structure and technology. Everything physical in this robot is 100% Indian. Even the developer is Indian. A science teacher in Kendriya Vidyalaya, IIT Bombay, Dinesh Patel is the man behind this machine that the world knows as Shalu.

Before we move ahead to discuss the salient features of this Indian robot, you should know that it has been made possible with the help of the Council of Scientific and Industrial Research, an organization that has been continuously working towards the scientific development of the country. The organization encourages people with knowledge and interest in science to come forward with innovative ideas and prove their talent.

His real name is Dinesh Kunwar Patel and he hails from Rajmalpur, U.P. On the question of what inspired him to develop a Shalu, he says smilingly that it was a movie called Robot (Enthiran) that inspired him to think in this direction. In the movie, a scientist develops a robot for the Indian Army. Dinesh Patel also thought of making a robot that could act and behave like a normal human.

It took Dinesh Patel 3 years in developing the robot. And he could achieve success due to his vast knowledge and interest in science and technology. Being a teacher, he knows how to learn new things. He introduced the first version of his robot on 23 Nov 2020 and it was telecast on DD News. The world appreciated his efforts, and he was encouraged to do better.

It is surprising to know that the robot is made of materials found in homes. The waste material used for making Shalu includes newspapers, plastic, wooden pieces, aluminium, and other things easily available in the market. Dinesh Patel has clearly stated that no 3D-printed components are used for making Shalu, and the total cost of the robot is estimated to be around Rs. 50,000.

The India Science TV channel has a documentary showing Shalu with Dinesh Patel discussing its features and functions. Students should visit the channel to meet Shalu and his make Dinesh Patel. The TV channel is available in the form of an OTT platform that can be downloaded on mobiles and tabs. It is an interesting channel for every student as it simplifies science.

It is a software application that gives life to the robot. Shalu works according to its software program developed on open-source libraries like TensorFlow and NLTK. Dinesh Patel worked hard on these programs to develop a complete software application for his robot named Shalu. And he is still working on the robot to produce a more refined version of the robot.

The Indian humanoid robot Shalu speaks 9 Indian (Hindi, Bhojpuri, Bengali, Gujarati, Malayalam, Marathi, Tamil, Telugu, Urdu, Nepali) and 38 foreign languages (including English, Japanese, German, French, Italian, Chinese, Spanish). But it is just a glimpse of the intelligence of Shalu as she is capable of doing many things.

Shalu can recognize people, remember those she has met before, and identify common objects used in Indian households. Also, she not only understands human emotions but behaves as well. For example, she can show anger, happiness, laughter, and jealousy. She greets people by shaking hands and recites poems. She can even start a conversation by answering factual questions. You will be surprised to see her solving math questions. Considering her features, Shalu can be employed as a school teacher.

Only science and technology have the answer about the future of the robot Shalu. Dinesh Patel is working hard on his mission robot. Since the results of the first version of the robot are promising, he is enthusiastic and hopeful about the bright future of Shalu. As already said that Shalu can be employed as a teacher, he will develop the robot to work among students.

Only time will tell when Shalu will be fully developed, but she’s proved that robots can work like humans. Dinesh Patel proved that waste material can also be used instead of thrown in the garbage. Shalu is also an inspiration to those that want to utilize waste material to reduce the load of garbage from dumping areas.

The Council of Scientific and Industrial Research should be thanked for all its efforts in promoting the scientific temper in society. It is only due to the positive efforts of this premium organization that a humanoid robot can be made. Its biggest achievement is to involve the public in the development of scientific knowledge. Instead of working as a centralized agency, it has decentralized knowledge for the benefit of everyone.

When Sophia robot was introduced, the world knew that it would inspire others to produce similar robots. But, no one had the idea that India could develop an indigenous robot that will be closer to human functions. It was developed with waste material and an open-source-based software platform. 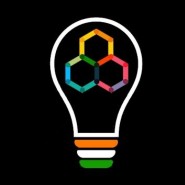 India Science is an Internet-based Over-The-Top (OTT) science TV channel. It is a SCoPE (Science Communication Popularisation & its Extension) initiative of Vigyan Prasar, an autonomous organisation of the Department of Science & Technology, Government of India. This 24x7 video platform is dedicated to science and technology knowledge dissemination, especially with Indian perspectives, ethos and cultural milieu. India Science is a bilingual Science Channel in Hindi and English.