Heroin is an addictive drug that is derived from morphine. Morphine is obtained from the opium poppy. Morphine and heroin are depressants that affect the brain’s pleasure center and interfere with the pain-creating functionality of the brain. For this reason, morphine is used in hospitals as a high-end painkiller.

Endorphins are the body’s natural painkillers and mood elevators. Your body’s production of endorphins is artificially increased by heroin, morphine, methadone, Vicodin, hydrocodone, oxycodone, OxyContin, and other opioids and opiates. As you use heroin, fewer and fewer natural endorphins are produced by your body as it becomes more and more dependent on heroin to produce endorphins. When you stop heroin, there are insufficient endorphins produced by the body, which causes severe and physically painful heroin withdrawal symptoms. Because of the pain, almost no one can complete a heroin withdrawal on their own.

The regular use of heroin results in a tolerance build-up in the body. To achieve the same effect, one must use more of the drug. The same dosage cannot always yield the same desired results. The use of higher doses leads to a dependence on the drug. This means addiction.

With a dependence on heroin, normal body functioning is not possible without the drug. This is due to the withdrawal symptoms associated with heroin.

Withdrawal symptoms start as early as 5-6 hours since the last intake. The peak occurs between 48 and 72 hours since the last intake. After the peak, they may last for another four days. That means that it takes the body at least a week to deal with heroin withdrawal symptoms. For much of that time, the addict is incapable of engaging in any serious activity. They are very vulnerable to taking another dose of the drug.

Heroin withdrawal has another drawback. In that, the sudden withdrawal of a heavy user may be fatal. Most literature does not consider this to be a serious issue since heavy heroin addicts are not likely to self rehabilitate. However, addiction specialists are well aware of this consequence.

A common short-term to medium-term symptom of heroin is prolonged depression feelings. The feelings may wane from time to time, but when they kick in, they last for days. As a result, the consequences of intense depression feelings are applicable to heroin addicts.

Heroin addiction does have long-term effects. Some of these are due to the risks that addicts get exposed to while trying to quench their habit—for example, HIV/AIDS and bacterial infections. Other long-term effects are; collapsed veins, abscesses, arthritis, and heart disease.

Heroin addiction is a heavy burden on the addict as well as people in his or her surroundings. It is a habit that is almost impossible to kick by self-rehabilitation. As a result, heroin addicts always need to seek help from a professional rehab center for a surefire solution to get rid of this addiction. 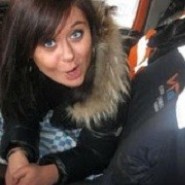