The three-match T20I between India and England is scheduled to start on July 7 and a comfortable win of Team India Friday night, ahead of the series and in a warm-up T20 match against Derbyshire, surely has built up confidence. Umran Malik and Arshdeep enjoyed their bowling time pocketing 2 wickets each in four and four overs by giving 29 and 31 runs respectively.

India won the warm-up clash by 7 wickets and with 20 remaining balls. Batting first, Derbyshire lost 8 wickets in 20 overs setting the target of 151. The highest scorers were Wayne Madsen (28), Hilton Cartwright (27), Alex Hughes (24), Brooke Guest (23) and Mattie McKiernan (20 not out). A total of 2 sixes were witnessed by captain Wayne and Mattie. George Scrimshaw did not get chance to bat. The team’s run rate was 7.50.

The team was led by Dinesh Karthik. Winning the toss India opted to field first and rocked the opponent in the first four overs by taking the wickets of both openers, Shan Masood (c) and Luis Reece. Playing 11 balls Shan was caught out by Hooda on Arshdeep bawling. He could score 8 runs. Luis wicket was embraced by Patel. He made 1 run in 3 balls. He was caught out by Umran.

The Derbs lost third wicket when the score was 43 in 5.3 overs and next in 8.1 overs when the score was 61. By 13th over they lost 5 wickets. Thanks to Alex Hughes and Hilton Cartwright who posted more runs than other mates. The two scored 24 off 17 and 27 off 26 respectively.

Hood’s maiden 50 continued building confidences among the boys to grab a comfortable win at the end. He was caught out by Hughes in Aitchison bawling in 14th over. Suryakumar, who returned from injury, continued the momentum of scoring runs. He made 36 with one six and four 4s. He remained not out.

The next warm-up clash is on July 3 against Northampton. 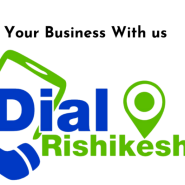