How to Test and Evaluate the Speed of a VPN

VPN speed is an important factor when choosing a VPN service, especially if you plan to use the service on a regular basis.

We will look at several factors that can affect speed, and how you can mitigate or avoid them.

When you connect to a VPN server, what you’re really doing is connecting to the Internet through that server. When you’re trying to choose a VPN location, one of the main things you’ll want to take into consideration is how far away it is from you. The farther away the server is, the more complex Internet traffic will be when it travels between your computer and the VPN server.

Typically, establishing a connection with a VPN server closer to your location will result in better speed. This is because the complexity of Internet traffic goes up as the distance between you and the VPN server increases. The more complex the traffic, and the greater the distance data has to travel, the slower the VPN speed.

The good news is that there are ways around this problem: You could pick an intermediate point between where you live and where you want access—say New York for example—and connect there instead of directly at either location. You can also use multiple servers close together so that if one slows down for any reason (or if one drops out), there are others available at all times.

VPN protocols are the methods that are used to establish a VPN connection. There are many different types of protocols, but the most common ones include OpenVPN (over UDP or TCP), SSTP, PPTP and L2TP/IPSec.

Everything else being equal, each protocol can result in a significantly different VPN speed. For example, using OpenVPN over UDP typically results in a faster connection than OpenVPN over TCP. However, there are no hard set rules as to which protocol will give you the best speed. To start, try OpenVPN over UDP as your default and see how it performs for you. If you find yourself having issues with this protocol, try switching to a different one to see if your VPN speed improves.

A 128-bit encryption will in most cases lead to a faster connection than a 256-bit one. On the downside, lowering encryption strength will make the VPN connection less secure and the transmitted data more vulnerable. So, you can try playing around with the encryption level, but unless you see significant speed improvements with weaker encryption, it is best to stick to the stronger versions.

One of the most important things to consider when choosing a VPN service is how powerful the servers are. Faster servers with more bandwidth will deliver faster speeds, but overloaded servers can result in a much slower experience.

The client software you use to connect to a VPN service will usually tell you how many IP addresses and how much bandwidth a server has. The higher those numbers, the more powerful the server. Those same clients sometimes even show real-time usage. If the server you’re connected to is overloaded, switching to a different one is usually as simple as a couple of mouse clicks.

Your network setup can have a big impact on the speed of your VPN. If you’re connected to a wired network, you’re likely to have faster speeds than if you’re connected wirelessly. This distinction is especially relevant if you have a fast connection to the outside world. Because a wired connection is often quicker than WiFi, the latter can be a limiting factor. You can try plugging your computer directly into the router to see if there is a speed improvement.

Speed and consistency are key things to look for when you are shopping around for a new VPN provider. You want a provider that can offer a high speed connection and has the ability to stay as consistent as possible. This is especially important when using public or shared Wi-Fi. A good VPN provider will reduce any security risks for your devices, and help you to protect your identity and your data whenever you log onto the internet from an unsecured network. Smarters VPN is one of the best VPN service providers that can help you with the high security and ultra fast speed. 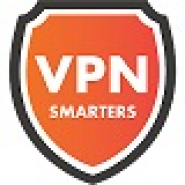