How to Upgrade Instant Ramen

Finding new dinner recipes is difficult, particularly if you’re trying to avoid fatty fast-foods. The temptation can be all too strong to simply pick up a frozen pizza on the way home from work — it’s quick, tasty, and doesn’t involve any preparation whatsoever.

Don’t give in! Instead, try your hand at creating an instant ramen dish that is just as good as anything you’d get at a restaurant in Japan. You only need a handful of ingredients and there are plenty of ramen noodle recipes out there to get you inspired.

Although ramen is known as a Japanese dish, its origins can actually be found in China.

Chinese wheat noodles far pre-date ramen and it’s believed that the idea of ramen was introduced to the Japanese people during the late 1800s when Chinese immigrants living in Yokohama Chinatown started serving noodles topped with fresh meat and vegetables. Chinese people living in Japan at the time often ran food stalls at the wharfs, and the hot, healthy, and tasty dish quickly became a favourite of sailors.

Of course, today, ramen is enjoyed all over the world. Many factors have influenced this spread, not least the presence of American soldiers in Japan following the end of WWII. During this time, Japan recorded one of its worst ever rice harvests. Wheat flour was far more readily available and so bread and noodles soared in popularity.

The story of ramen doesn’t end there. While today you can still purchase this dish in hundreds of thousands of restaurants across Japan, many people were introduced to ramen in its instant form. The Japanese people themselves voted the instant noodle to be their country’s greatest invention of the 20th century.

The manufacture of instant noodles began in 1971 and quickly turned ramen into a worldwide success.

What is considered ramen will be different depending on what part of Japan you are in. Generally speaking, a ramen dish consists of the following ingredients:

There are so many different ways to serve ramen. While it’s a form of fast food, it doesn’t have to be unhealthy. Adding your favourite fresh vegetables and avoiding too much oil and fat are two simple ways you can treat ramen as a tasty, healthy midweek meal.

Be aware that instant ramen may contain preservatives and artificial flavouring. Wherever possible, opt for a product that does not contain MSG or GMO. If the ramen comes with a packet of seasoning, check what ingredients are included. If you don’t recognise them or they simply sound like chemicals, consider using your own herbs and spices to add flavour.

The noodles themselves are unlikely to contain much protein so make sure you include either meat or spinach in your meal. Add either fresh or frozen vegetables to reach your recommended 5-a-day and throw in a soft-boiled egg for good measure.

Have fun experimenting with different ramen noodle recipes to see how you can transform instant ramen into a five-star meal. 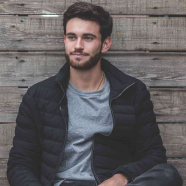