If you’re considering streaming video, you probably fall into one of two categories: either you’re familiar with transcoding or you’re perplexed by all the talk about it. In either scenario, you might not be aware of how transcoding video files might raise the stream’s quality and audience size. In this article, we’ll define transcoding, describe how it works, and discuss why it’s essential for quality streaming.

What is Transcoding Video?

Online video transcoding is essentially the process of changing a video file from one format to a more optimally compressed one so that viewers can stream material at the best quality without buffering. Encoding and transcoding are frequently confused. The process of transforming a raw file into a compatible, compact, and effective digital format is a fair definition of encoding.

The video starts off in a format that is specific to the camera or software that was used to record the visuals and sounds. Usually, a video in this format cannot be delivered online or played on another device. To convert a video’s original format into one that can be played on a user’s computer, tablet, smartphone, or television, video transcoding is utilized.

The main benefits of transcoding a video are the following-

Having the ability to stream to any device is not the only option for expanding your audience. Internet connection speeds vary among viewers. While some of them move, others remain stationary. No matter what their requirements are, transcoding for adaptive bitrate streaming will make it simpler for everyone to view your material.

Improve the viewing experience by transcoding your video for adaptive bitrate streaming, which will increase its quality within the constraints of the playing device and the network connection. Basically, you will experience buffering if you stream at a given rate and the internet capacity for the playback device decreases.

You are seeing a video at a much lower quality than you could be if the converse happened and the bandwidth increased. You can improve the video delivery to get the best quality without compromising the stream’s integrity via transcoding. This dynamic strategy takes changes in the viewer into account.

A transcoder helps publishers by resolving the following issues:

● Multiple resolutions and bitrate options for encoding come at a high expense and with a lot of complexity.
● Discretionary playback options are based on the codecs, protocols, and configurations the encoder supports.
● Inability to use hybrid workflows and next-generation technology.

Conclusion
In particular, for those just starting out in the streaming industry, maybe this has clarified the issues surrounding what transcoding video is and why it’s important for video streaming. We hope the blog helped you understand the processes and benefits of video streaming after transcoding. 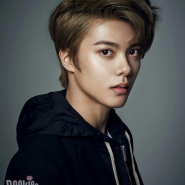