Home > Furniture > Modern bay windows are in trend in 2022

Modern bay windows are in trend in 2022

The Bay window is a very famous architectural feature from a bygone era. The homes of the Victorian era and the ever-iconic San Francisco row home feature these windows very well. In a modern home, it is difficult to figure a place for a window that is large in size.

The canted Bay: This is one of the most popular ones with 3 panels and 2 side panels angled in. An authentic bay window will be found on the ground floor, as it is a part of the structure. This was a part of Victorian architecture and is still quite popular as it becomes a great fixture for lovely window seats. When it is built-in millwork with storage space wound in, it is an extra advantage.

Throw in a plush cushion and some throw pillows, on the seat you have created and sit back and relax.

To add a modern touch to this traditional window is to switch to casement window frames. These frames could be grey giving a more industrial mid-century touch. Pair this with a sculptured wooden table and a simple banquette, and the combination makes for a dining nook, with its warmth and coziness.

This window resembles the canted bay, as in, it has 3 panels with angled sides. But it is not a part of the structure. It protrudes outward, an adornment on the side of the building. Mostly made on the upper levels of a building. These are the oldest type of bay windows and are often found in Tudor-style homes with decorative wooden brackets to give support and tie up in the home`s design. They may not make for cozy window seats but could house and display favorite objects or have plants seated there, nearby on its sill.

A great way to blend your UPVC window into its surroundings is to build it with custom millwork. For example, you can have bold tongue and groove cupboards with a matching window seat. The window stays anchored to the rest of the space, giving some extra space in front of the seat and the cupboards ensconcing the space, in an elegant, unobtrusive design.

Box bay windows were very popular in mid-century and craftsmen-era homes, having clean aesthetics and adding more square footage to the space. These windows often were a combination of large picture windows and thinner casement frames for the side panels.

This could be housed with transom windows along the top, featuring stained glass for an example. You could add in a few green plants and some slick table lamps, hiding the crisper lines of the window and calling attention to the more organic shapes of the stained glass on the windows above.

So here was a run-through on some ideas for designing bay windows, with a blend between the modern and traditional. 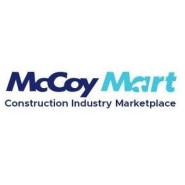