Sony Steps Into the Metaverse

The word “metaverse” is one that’s shown up in a lot of places in the past few years. Most people have heard it at least once, even if they don’t fully understand what it means. In truth, even a lot of the people who use it don’t really know what it means other than a general insistence that it’s the future of technology. What we do know is that some of the world’s biggest tech companies have invested in metaverses in the past few years, and even more are planning to do so in the future. This happens even though almost every attempt to get the general public interested in the concept of a metaverse has been an unmitigated disaster.

The highest-profile attempt by a tech firm to create a metaverse – and also the highest-profile failure – is that of Facebook. Mark Zuckerberg rebranded the parent company of his social media company “Meta” in anticipation that people would soon spend as much time in metaverses as they do on Facebook itself and invested a colossal sum of money in building one. Sources differ on how much has been spent on Zuckerberg’s metaverse, but the lowest estimate we’ve seen is $20bn. The highest is $36bn. For context, it cost NASA $10bn to build and launch the James Webb telescope. The company has nothing to show for that spending, because its metaverse is almost empty.

A failure of such proportions ought to have sent every other big technology company in the world running for the hills, but it hasn’t. Yet another company is about to take the digital plunge – and it’s a big one.

Sony has enough sense not to create a metaverse of its own, but it’s happy to make products for those who venture into one. On November 30th, it took the industry by surprise when it announced the launch of Mocopi – a full-body motion tracking system. The system tracks every movement its owner makes and then translates those movements into instructions for an avatar in a digital world. If you look left, so will your avatar. If you wave, jump, duck, throw a punch or kick, so will your avatar. The initial announcement was a little light on detail, but Sony claims Mocopi is a powerful enough tool to allow its users to control their avatars from any location.

The “any location” pledge isn’t the only seemingly-impressive thing about Mocopi. It’s also small, portable, and doesn’t require a base station or to be plugged into anything. The system comprises six wearable tags – two for the ankles and wrists, one for the hip, and one for the head. The tags can be paired with any Android or Apple device via Bluetooth and transmit motion data to any compatible metaverse or virtual reality service. A full list of compatible services isn’t yet available, but Unity and VR Chat have both been mentioned by other sources.

Wearable technology can sometimes be bulky and uncomfortable, but the Mocopi tags aren’t. Each one of them weighs less than an Apple AirTag, and measures barely over an inch in diameter. They charge through the charging case that come with them, and have around ten hours of battery life when they’re fully charged. If everything about the product is what Sony claims it to be, then it sounds both portable and practical. The big question is whether it has a useful application.

The announcement of Mocopi was paired with another, smaller one that some observers may have missed, but it implies that Sony might have bigger metaverse plans up its sizeable sleeves. On December 15th, the company will release a software development kit which is specifically designed to connect motion capture data with 3D software or metaverse services. In a short press release announcing the software development kit, Sony said that it sees a use for the service within the fitness industry, but there are obviously other uses. Video game developers could just as easily use it, as could visual effects artists – but so could someone who’s attempting to put together a metaverse application.

With Sony releasing a physical metaverse-related product and also software architecture that could support it in a metaverse, is it too much of a stretch to suggest that Sony might have bigger metaverse plans after all? It’s too early to say, but we wouldn’t be surprised to see further announcements in 2023.

As we said a couple of paragraphs ago, the big question is whether there’s an audience for this product beyond game and app developers. The public still isn’t sold on the idea of metaverses, and the comprehensive failure of Facebook’s attempts to make them interested suggests that it’s still too early to draw people in. However, there are signs that virtual or augmented reality products are gaining acceptance over time.

There are two specific examples we can point to in support of that argument. The first is the enduring popularity of Pokemon Go, which continues to entertain millions of people around the world even though the hype around it died down years ago. It was the first genuinely popular augmented reality game and laid the foundations for more to be released in the future. The second is Gonzo’s Quest VR, which is a casino game product. The idea that a virtual reality casino game could become popular would have been laughable a few years ago, but you need only look at a casino sister site index to see how many online casinos now list the game. Casinos only list games that players are willing to spend money on, or there would be no point in listing them at all. If people are willing to gamble in a virtual reality casino game, they might well be willing to go further in a virtual world with a little encouragement.

Products like the one just announced by Sony help to set the scene for what’s to come in terms of future metaverse developments. All we need now is someone to build a metaverse that people actually want to spend time in – and we have no idea who that “someone” might be or when it might happen. 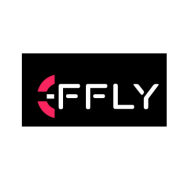