Home > Technology > How To Use Moss?
Technology

How To Use Moss?

MOSS is a highly impactful and effective plagiarism detection system most popularly used by professors. After MOSS came into practice, it became almost impossible to escape plagiarism,  but not many of us do not know How To Use Moss, how this software works, or why it is so impactful.

It is a command-line script for you to give a command, and the program files are transferred to a server. You assign a criterion of the moss script, like the programming language, dispatch the files and receive the same with a link. Here you can see the results.

To use the Moss, first register for it. You will find all the directions in the “Register for Moss section”. After a while, you will receive an email with a MOSS script and a unique user ID, a Perl Script. Make sure your system is running Perl Programs and have detailed instructions about its usage in the Script. However, a much better version has come into practice in the form of Codequiry. It is claimed to be more powerful and advanced than MOSS as it has many more features which the earlier version was lacking. 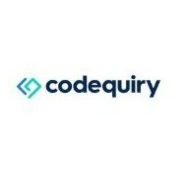