The Challenge of Community Support for Energy Transition

There has been a massive shift in recent years, with a transition to renewable energy sources now being considered more important than ever. The public almost demands it, and the Federal Government already has some lofty emissions reduction targets to meet. However, while many communities are willing to encourage this shift to renewable energy, they don’t necessarily want the required infrastructure in their backyard.

Federal Climate Change and Energy Minister Chris Bowen returned from the COP27 meeting in Egypt, still enthusiastic about renewable energy being the way of the future. However, he also detailed the immense scale of infrastructure required to meet targets. These targets are to reduce emissions by 43% by 2030, and for the national energy market to be 82% fuelled by renewable energy sources.

To reach these levels, Minister Bowen suggested Australia would need to install 22,000 500-watt solar panel packages every day for 8 years, as well as 40 seven-megawatt wind turbines each month. Not to mention the 10,000km of transmission lines.

While many renewable energy projects are being developed in parts of the country that are generally away from most of the human population, the transmission lines are often a sticking point. In fact, the NSW state Government has already offered to pay landowners for allowing transmission lines to be built on their properties.

We hear a lot about community consultation these days, and it can often be a huge barrier to getting projects off the ground, let alone completed on time and on budget. Gabriel Metcalf from the Committee for Sydney has seen first-hand how too much consultation leads to projects being stalled.

Metcalf was involved in plans to build high-speed rail in California, which still hasn’t been built and likely never will. He suggests the best option is to pay landowners generously and get on with the projects. In part, this is to avoid constant delays, but it’s also to ensure the projects can be completed at all.

The cost of any infrastructure undertaking constantly rises, so the longer we delay building this infrastructure, the harder it becomes to meet our renewable energy targets.

Considering a switch to solar?

Fortunately, if you want to install a solar system in your home, you won’t need any community consultation. In fact, the only consultation you need is with Accord Electrical, and we’ll ensure you get the perfect solar package for your needs. Contact us today to find out more about slashing your energy bills with solar. 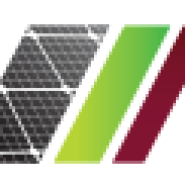 Accord Electrical + Solar is a local solar business at Sunshine Coast. With over 25 years of experience, we’ve achieved great accomplishments around here. Deploying highly technical experts and solar designers, we’re tailoring the solar energy needs of individual customers for both residential and commercial purposes. We provide services infused with superior quality, competitive prices and personal configuration, which makes us reputed and the longest established electrical and solar installation company within Sunshine Coast.