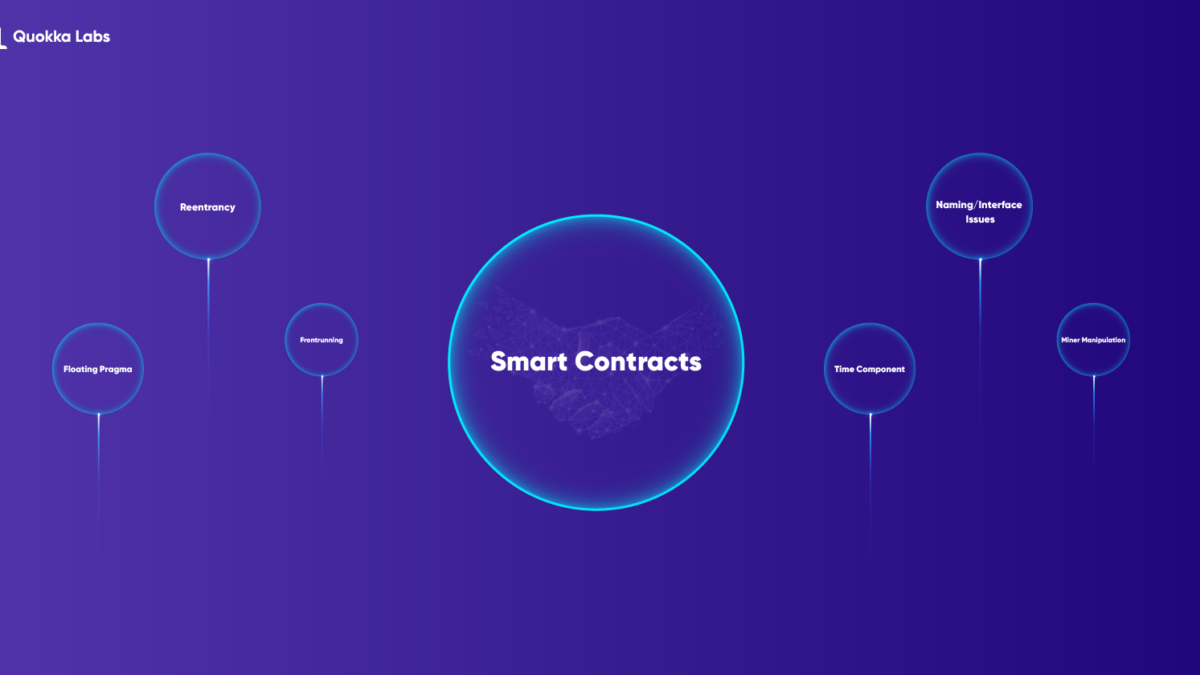 Top 12 Vulnerabilities in Smart Contracts You Should Take Care Of

Smart contracts are automated agreements between parties executed when defined conditions are met. We know that smart contracts are the heart of the blockchain. They are also the backbones, so they are used everywhere where blockchain is present. Thus, it should also develop vulnerabilities, and we should be aware of them.

Suppose you are here to fix vulnerabilities in your smart crypto contracts but want to do something immediately. In that case, it’s wise to reach out to blockchain development services and save your project from further damage.

If you are new to the blockchain world and want to know everything about it, head to Introduction to blockchain and how it works.

Let us quickly see why vulnerabilities are a serious concern.

Why Are Smart Contracts Vulnerabilities Serious?

Smart contracts are a severe concept, and vulnerability is dangerous due to below reasons:

A good blockchain service provider can provide an all-in-one service to solve the following common problems:

It’s possible to have the fallback function feature in the smart contract. Why? Let’s see below:

It’s one of the common vulnerabilities in the Ethereum smart contract. How? In Ethereum, there is the synchronization of calls to other functions of other smart contracts. The calling code must wait for the external method to finish before getting ahead.

It will make contracts use the intermediate state of calling contracts. Now you can imagine what can happen here. Here, the situation is not the same if fraud action on the contract part is not considered.

Another weakness of smart contracts is found in some modern DeFi. It deals with the big amounts of money represented in ETH value or tokens.

Many contract logic operations in such protocols are linked to token transfers to and from the contract. It opens up a wide range of opportunities for diverse errors related to accurate estimates of percentages, fees, and earnings.

The most common bugs are listed below:

This issue generally happens with Rubix smart contracts. In the Ponzi game Rubixi, the owner could transfer the fees gathered in the financial pyramid to themselves.

The owner of the contract is typically specified in the constructor, which is called when it is created. The smart contract for Rubix used the same logic.

It should be noted that constructors were known as the same name functions as the contract in Solidity versions previous to 0.4.22. Rubix eventually replaced the dynamic pyramid in the contract; however, the developer should have updated the constructor’s name.

Anyone who uses the Dynamic Pyramid feature in this manner may take control of a contract and pocket the accumulated money.

The values of their variables define the contract state. That variable is changed by calling functions. Calling a smart contract is the same or similar transaction as a transaction of ETH or token transfer of ERC-20. Once the next block creation is complete, the network finishes these transactions.

Users need to be sure that a transaction will be carried out in the same state contract when they call a contract function. It can happen because other transactions are in the same block and have the state changed.

Additionally, miners have some discretion over the order in which transactions are included in a block and whether or not to include a specific transaction. Another area for improvement in smart contracts is the inability to predict the state of the contract in which the deal will be carried out.

It is also an excellent point to note that writing a contract of this type becomes dangerous, and behavior can change over time.

The logic of smart contracts is sometimes time-dependent. A contract is only available at the time in the context of a transaction. The timestamp of a transaction is equal to the label of a block. In this way, consistency is achieved.

But this creates a loophole for the miner to misuse the position because of the freedom of setting a timestamp for the block. Here, the minor has an advantage over other parties and can exploit it to get the benefit.

Misuses of the Blockhash Function

The Blockhash function can be a way to hack smart contracts. It’s the same as timestamp dependency. It could be better to use the critical components for the essential components because miners can manipulate the functions and change the withdrawal funds in their favor.

It’s especially noticeable when a Blockhash is used as a source of randomness.

In Solidity, exceptions may be thrown in various circumstances, but these exceptions are only sometimes handled similarly. Interactions between contracts are the foundation of exception handling.

As a result, contracts are susceptible to attacks from malicious users, and transactions will be rolled back if these exceptions are not correctly handled.

The ERC-20 coin has a well-known OpenZeppelin implementation, which is abused in contemporary protocols. For proper financial activities, its capability is sufficient and generally fully applicable. However, there is a space for unique token standard implementations.

It leaves room for minor anomalies, such as a missing return value in the transfer() function, between the newly produced token and the actual ERC20 standard. These errors may be minor, but they can lead to a non-functional method of the contract. It’s not noticeable, but it can lead to stuck funds and contract blockage.

A pragma can only tell the compiler to check to see if it matches the Pragma; it can no longer alter the compiler’s version. If the result is terrible, the compiler produces an error.

It is recommended to indicate the compiler version when using a strict pragma function. By doing this, the unintended deployment of a contract that uses an older compiler that has unfixed issues is prevented.

In crypto trading, it’s called an “unconfirmed transaction,” where the miner gives more payments to win. It’s possible because of the nature of blockchain. To solve this problem, the code needs refactoring or redesigning.

Although no method exists for creating random numbers in Solidity, several workarounds have been developed in response to a developer’s need to include unpredictability. Miners can use these random number generators to their advantage.

One often used technique is a pseudorandom number generator (PRNG), which creates a string of bytes that appear random but are predictable based on an initial private seed value and internal state.

How Do You Avoid Vulnerabilities in Smart Contracts?

You can avoid vulnerabilities in smart contracts by following these tips:

Smart contracts are the foundation of the blockchain and its ever-expanding domain usage. As its rapid scale increases, vulnerabilities also increase, but there are ways to correct them. A proper 360-degree review and use of the above tips can eliminate vulnerabilities.

If you are interested in blockchain and crypto and are starting to invest in making a crypto app but need to know how much it costs, this will be helpful for you: Crypt app cost guide.

Comment down which smart contracts vulnerability is the scariest! 🙂 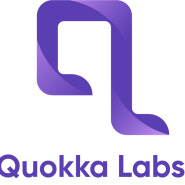 Quokka Labs is an IT Products & Services consulting company striving to design, develop, and deploy solid and scalable software systems to help enterprises, startups, and brands grow and scale digitally. We are proud to be recognized as one of the top app development companies by GoodFirms and Clutch (both being the leading IT services rating firms worldwide).