Describe a significant project or campaign funded (or is receiving funds) by foundations.
In 2013, a leader with MP YFC discovered that a National Guard Armory was for sale – the facility was ideal in location and had a large gymnasium and meeting room but required substantial renovation. Because of the Armory’s potential, an individual supporter donated the money to purchase the building, setting in motion MP YFC’s first formal fundraising campaign. “We needed a lot of money to renovate this building,” Pam says, “And so we started to look at individual donors and businesses. Then we realized that there are foundations that would support something like this. So we started looking into foundation grants.”

What attracts your organization to foundations for your fundraising strategy?
With legal restrictions preventing some government agencies in making grants to religious-affiliated organizations, MP YFC relies on private and public foundations to supplement the contributions from individual donors and company sponsorships. “Smaller foundations tend to be more interested in us than bigger foundations,” Pam states. Whereas large major foundations support the national Youth for Christ USA and its broad programming, family, community and corporate foundations with local connections are essential to MP YFC’s fundraising strategy. MP YFC appreciates, and maximizes, its hometown appeal. “Smaller local foundations tend to be more interested in what we do,” Pam says, adding how effective it is to invite funders to site visits and discuss in-person their investments.

Explain how FoundationSearch contributes to your foundation fundraising success.
“It was like looking for a needle in a haystack,” Pam says about the time before MP YFC became a FoundationSearch member. For example, while MP YFC operates in a large metropolitan area, its Armory Youth Center is in suburban Washington County, rendering it ineligible to receive grants from foundations in Pittsburgh that, in reality, fund within one county of the city center. Now, Pam searches and finds foundations that support nonprofits located in Washington County. 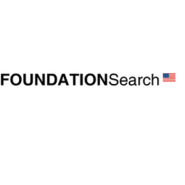