Flutter app development is creating a lot of hype in the ever-evolving world of technology and mobile development. Flutter is Google’s mobile app SDK (Software Development Kit), complete with a framework, widgets, and tools, that provides developers an easy way to develop and deploy visually appealing, fast mobile applications on both platforms, Android and iOS.

Flutter has a wide range of advantages – here are a few kinds of businesses that can benefit from it:

Some of the main features of Flutter:

Fast Development: Flutter allows the rapid development of mobile apps by making use of customization widgets that allow one to develop a native interface in quick-time. The platform is well suited for one to experiments with app features and add new UI features. Bug fixing is easier and quicker as the reloading time.

Native Performance: Flutter allows a developer to build up feature-rich native apps. It enables one to create features like scrolling, navigation, icons, and fonts regardless of the platform, iOS or Android.

Flexible UI: Flutter has built-in widgets that make it possible to build up extraordinary applications. This incorporates the material design and Cupertino widgets and features like rich motion API’s, smooth natural scrolling.

Flutter being the new player in the tech market, it hasn’t been too long for giving the user experience. According to the study from various sources, developing an application with Flutter is very pocket-friendly and quick.

Some vital advantages of Flutter for mobile app development:

What makes the life of the developer easy?

The developer can view the changes as soon as the app is modified. It saves time as well as makes the development process easy.

It not only augments development efficiency but also makes it easier to work. With the assistance of quick iteration, there is a boost in efficiency.

Are you keen on developing an application faster?

Then you ought to choose Flutter to create your application rapidly.

And the reason is:

– It builds the native-looking app for both Android and iOS.

– Investors can get a perspective of your MVP.

– No time wastage in creating applications for two different platforms

Dart is an object-oriented programming language where a new program needs not be coded completely because of Hot reload.

Flutter has accompanied two features declarative and reactive because of its similarity with React Native.

The setup process of the applications takes a longer period of time usually.

But, utilizing Flutter, it is easier, faster, and simpler to set up the app compared to React Native.

How Much Does it Cost To Develop Flutter Mobile App?

The app development cost is one of the prime concerns for the startup, and no startup owner wants to put a to much burden on their pocket. The average cost of the Flutter app development is between $5,000 to $20,000, which is just half of the standard cost if you choose to develop with another framework. So, choosing a Flutter for mobile app development is a wise decision to make.

Every single passing day Flutter is keeping up with its progress introducing new features and widgets to the world. So, if you’re a start-up and thinking of developing your business app don’t hesitate, go for Flutter. With Flutter around you have a wide range of widgets and possibilities for your upcoming app. With the help of Flutter app development services, you can launch and dispatch a stunning cross-platform application with a short period which is remarkable in performance as well as user experience. 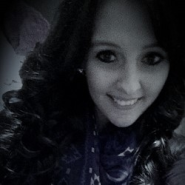 Anita Shah is a project coordinator at XongoLab Technologies, which specializes in iOS and Android app development and provides mobile app solutions from startups to established businesses. As a hobby, she does blogging and loves to write on the latest mobile technologies, app development, app marketing, startup, business and mobile applications.