Home > Vehicles > Everything You Need To Know About Bajaj Qute
AutoMobiles, Vehicles

Everything You Need To Know About Bajaj Qute 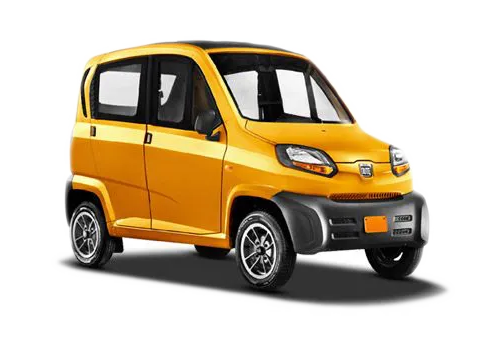 Bajaj Auto has recently made one of the most significant changes in the Indian automobile industry. The company has successfully launched India’s first Quadricycle, which is a progressive link between the three-wheeler auto Rickshaw and the proper four-wheeler rides.

Bajaj Qute was earlier known as Bajaj RE60 which has a rear engine, and a rear-wheel-drive which is launched by the leading Indian company Bajaj auto. After facing a ban in the Indian market, the prototypes were first exported to 20 different European states, and finally, the vehicle was launched, successfully. The preliminary model was then released on 3rd January 2012.

Qute’s Specifications cannot be technically classified as a car but offers you better weather protection as an enhanced model of the auto Rickshaw. In the special event of 2016, the first-ever production of Bajaj Qute was exhibited, and in the year 2018 Ministry of road transport and highways approved its creation. Now, the vehicle can be finally used for commercial and personal use.

Here are some features which make Bajaj Qute better than three-wheeler auto Rickshaw: –

Its engine comprises of Single-cylinder, liquid-cooled twin sparked engine with four-stroke that gives a displacement of 217 CC and produces a power of 13 bph@ 5500 rpm and torque of 19Nm@4000. It has one cylinder and four water displacement drive train which helps Bajaj Qute to achieve a maximum speed of 70 kmph.

Length and width of this Quadricycle are 2752 mm and 1312 mm respectively, and the height of the Quadricycle is 1652 mm. The overall weight of the Bajaj Qute is 41 kg and provides you with the seating capacity of four people along with the driver. 180 mm of ground clearance. Running radius comes with 3.5 metres and the front, and the rear track has 1143 mm.

It has four seating capacity, two in each row. It comes with four doors, and the petrol tank has an 8-litre ability which will help the Bajaj Qute to go a longer distance after filling the tank.

Bajaj Qute comes with a total of 5 gears.

Both the front end and the back end of the wheel is comprised of a drum brake system.

Bajaj Qute wheels come with a 12-inch tyre which is tubeless that help you to ride on any road without taking the pressure of tyre damage. Tiers of the wheels are made up of alloy.

Twin leading arm is provided in the front end suspension, and at the rear end, the semi-trailing wing has been added.

Bajaj Qute gives you the mileage of 35 km for petrol and 43 km per kg in CNG.

Mudflaps at the tire which helps the Bajaj Qute to protect it from dust and outside rearview mirrors which allows seeing what type of vehicle is coming from the back.

It comes with the child safety lock and supports USB for the entertainment and also have low fuel warning, which helps a lot while travelling. It has a gear position indicator that adds stand- out feature.

Bajaj Qute Car is currently available in only six states, i.e., Gujarat, Maharashtra, Rajasthan, Kerala, Odisha, Uttar Pradesh and comes with the sex colour. It comes with the mono fuel versions which give you the option to choose you between petrol and CNG. Bajaj Qute is very simple for the vehicle because of all the necessary components used, which helps the maintenance and the running cost low.

Top Accessories for Your SUV Car

HOW TO BUY USED ENGINE SUCCESSFULLY

Is Covid 19 the last nail in China’s manufacturing coffin?

How to Choose the Best Minibus Hire With Driver

What are the Top Benefits of Mobile Crane Hire Agencies?