Writers and readers have gotten lazy and settled down.
I’m not sure which came first, the lazy reader or the lazy writer. But unfortunately, it is something that is fed back.
Let’s start talking about lazy readers. To me, lazy readers are those who take too much for granted, are inflexible once they’ve had their first impression, and don’t bother to wonder why there are inconsistencies in the story.
They take too many things for granted: The intentions of the author and the characters, especially. But more importantly, they take it for granted that anything out of the ordinary is automatically a mistake. They assume, for example, that the author has not been well documented, that a certain character will be perfect, or that the story will end well. However, the worst thing is that many take it for granted that there will be no depth.
That the story will not be full of small and invisible nuances to the eyes of those who do not look conscientiously. Readers jump too quickly to unsubstantiated conclusions, while the novel is still in its infancy, instead of storing that information and gathering a little more before even formulating hypotheses.
They are inflexible after their first impression: Instead of being critical and receptive to the information they receive (which should change their schemas when new information adds layers to the story or the character), they stay in their thirteen with their first impression .
They do not take long to put the cross on a character without stopping to think that perhaps there are reasons, there is a depth behind that makes it more than an archetype or stereotype. Without stopping to think that perhaps the first impression is to mislead, that the writer wants to give a completely different image of what the character really is. If I’m not mistaken, this is what happens in The Great Gatsby .
They don’t bother wondering why there are inconsistencies. And this bothers me a lot. Because they take it for granted that when there is something that does not add up, it is because there is a fault. “This character said he would do this and in truth he did the other, what a failure.” Ehm. haven’t you stopped to think that maybe it’s not a failure? What is the character lying, for example? “What we have been told about magic makes no sense because of the phenomenon X we just witnessed.” Maybe because, maybe, what you thought was true was not so true? Maybe magic works differently than the characters believe?
We should begin to ask ourselves why, as readers, in the face of inconsistencies. Imagine that everything that is written in that book you are reading is meticulously calculated. That nothing is the result of chance and that everything has a reason . Even things that seem to make no sense. But maintaining a skeptical attitude is difficult and costly, of course .

Attitude Is Worth Maintaining

There are hardly any books in which this attitude is worth maintaining. There are hardly any books so well planned and thought out. Give more than you expect.
And here we mess with lazy writers. Because many ghost writers are aware of these readers’ ways of reading, or if they are not, they indirectly benefit them. I call them lazy, because one of the reasons readers think these things is because a lot of writers don’t try hard . They do not strive to deliver a well-corrected and planned work, in which there is an intentional depth and each thing has its reason.
Many writers don’t go out of their way to challenge the reader. They offer them security. They allow them to trust what counts . This makes the reader comfortable. And since there are so many books that allow for well-to-do readers, many readers are unable to get going when the writer is a sadistic son of a bitch who wants to play with their minds. Like Brent Weeks, who’s lurking in a corner waiting to stab you in the back while leaving plot clues that he won’t clear up. He demands more of the readers. He is not going to explain all the things with hair and signals, there are some that you will have to figure out for yourself.
Many writers are lazy because they don’t include a hidden depth to dig into . They leave everything tied and well tied, explained as if the reader were stupid, and you just get used to that. They offer him a crutch when it takes him longer to learn to walk. We know readers are lazy, and we accommodate ourselves to it. We give them books in which things are what they seem. In which you do not have to think too much. In which the characters are easy to understand, so much so that they are not even traces of a real person.

There is a very serious problem between lazy writers and lazy readers, in my opinion: They give more importance to what is said about a character than to what that character does . They form that first idea, that first impression. They ignore some aspects while only giving importance to some others.
A great example of this treatment in readers is Sir Arthur Conan Doyle’s Sherlock Holmes. Some people think he’s a perfect character, some even call him Gary Stu. They really think that it is unfettered in any way. For whatever reason, they don’t realize that Sherlock is a socially inept drug addict who solves crimes just because they are a challenge to his intellect.
Another good example of this in the writers would be the protagonist of Throne of Glass , by Sarah J. Maas. It describes its protagonist as a professional assassin throughout the novel, when, when push comes to shove, the protagonist does nothing to give that impression. She does not behave like a murderer who has been locked up in a maximum security prison for years. She doesn’t act like a seasoned killer. The author has not bothered that the image of the protagonist who wants to give and the one who gives is really the same. Let your words and actions be consistent.
And that’s what hurts me most about lazy writers. I complain that readers assume that all incongruity is a failure, but when you read a complete work and that incongruity does not really have a meaning behind it, it hurts. It hurts because it is a mistake, and it is a mistake that is repeated too often. I understand that readers assume that it is a failure, since in too many current works they are. They are used to that.

Writers have to demand more from readers, and demand more of ourselves. We have to have a reason behind everything we write. We have to eat our heads a lot with everything we put on paper. And we readers have to demand more from writers, be more skeptical and not be left with a single hypothesis . Until we have closed the book and have all the information, we must not reach conclusions. And above all, we must not trust the authors, or accommodate ourselves.
You have to exercise the muscles of readers and writers that have been atrophied for too long. 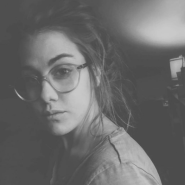