HGTV star Tarek El Moussa and Selling Sunset’s Heather Rae Young are starting to share wedding plans. The couple recently got engaged while celebrating their one-year anniversary. El Moussa, who’s no stranger to big, romantic gestures (he bought Heather a Ferrari for her birthday), surprised Young by popping the big question during their anniversary weekend in Catalina Island, one of their favorite places.

Heather Rae was surprised with a path on the beach, lined with flickering candles & flower petals. If the couple’s wedding is anything like their engagement, it’s sure to be a sight to see. While the El Moussa & Young haven’t announced any final decisions about it just yet, they’ve been sharing their potential wedding plans.

Tarek El Moussa & Heather Rae Young met on the Fourth of July in 2019, after mutual friends brought them together in Newport Beach, California. The pair were photographed kissing & cuddling on a yacht at the Portofino Hotel & Marina in Redondo Beach, California, in late July — making their budding romance public.

They confirmed the relationship with joint Instagram posts in early August, and El Moussa shared that he had already introduced Young to his kids. Heather Rae calls herself their “bonus mom.”

In September, Heather Rae Young announced on Instagram that she’d found her wedding dress. In an Instagram post, she said that after trying on three of her favorite gowns, she chose her dream dress from her favorite wedding dress designer, Galia Lahav. If you’re a fan of Selling Sunset, that name might sound familiar because Lahav designed a custom black wedding dress for Young’s co-star Christine Quinn.

On October 4, Heather Rae announced on Instagram that she and El Moussa have chosen wedding planner Kristi Lee of Details Details, a premier weddings & events company, to plan their big day. In the caption, Young said they had a lot of reasons to celebrate, “One of the reasons is that we finally decided on a wedding planner,” Young wrote, tagging Lee. “And after meeting with her today we realized we have a lot to do!”

In an Instagram video, Heather Rae officially asks El Moussa’s daughter Taylor Reese to be a bridesmaid with an adorable gift box. In the video, El Moussa asks Taylor Reese what the box in front of her says, and she replies, “It says, ‘Will you be my bridesmaid?’” Inside the box was a scratch-off card and little gifts, including jewelry. In the video, Young asks her sister, Jenna Young Piper, to be her maid of honor. We’re unsure what latest wedding jacket El Moussa will wear, but we bet it’s stylish. 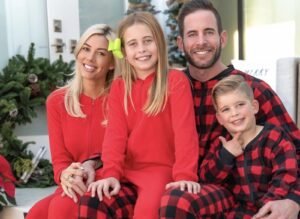 “What if it’s neither?” he replied when asked if the wedding would be on the East or West Coast. “What if it’s not in America?” The pair went on a romantic trip to Paris together last fall and Young previously teased Los Cabos, Mexico, as an option.

While El Moussa was able to pull off a romantic proposal amid the coronavirus pandemic, he and Heather Rae want “a proper wedding” when things get back to normal, they told E News! a week after getting engaged. They don’t know their exact wedding date yet, but they expect it to be in less than a year. At the end of August, Young shared on PeopleTV’s Reality Check the wedding will likely happen in summer 2021.

Check For Setting Up Google WiFi

Facts That You Should Know About Work Clothes

Going Back to the Offices and Old Furniture Removal Challenges

Thongs for female- when you should wear

Tips to keep your diamond ring sparkling like new