What is a search engine? how does it work

What is a search engine? 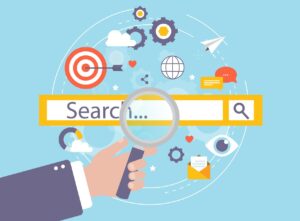 Basically a search engine is a software or program that locates content on the Internet in a fast and very efficient for then, depending on your requests for search, presenting results that previously stored in its database or index.

The major  types of internet search engines are the following:

These types of search engines are textual debriefing interfaces. They check the databases of web pages through their spiders and these collect information on the contents compatible with the user’s search.

Once they have made the query, they classify the results by relevance to the specific search and according to the user’s browsing history.

Directory type search engines are page links that are grouped by categories. They are very simple, but they require human support and continuous maintenance to function.

These web search engines do not go through the sites or store the contents, they only group links by categories and are organized by publication date and not by relevance or agreement with a search made by the user.

For this internet search engine is the Open Directory Project, also known as Dmoz.

These kinds of interfaces work by forwarding searches to multiple search engines at the same time.

That is, they refer the query to other sites to analyze the results that they present, in order to expand the range of the same results, present their own conclusions and order the links in accordance with the order defined by the structural system of the metasearch engine.

An exemplification of a metasearch engine is Dogpile.

How many search engines are there

To be honest, it is very difficult not to go to the all-powerful Google to do a search in the first place. However, beyond Google there are endless search engines.

Well, what happens is that they are mostly unknown and in fact we can almost count the ones we know on the fingers of one hand. Is it not so?

Not even mentioning the search engines that once existed like Altavista. Do you remember?

If you remember, let me tell you… we are old.

Search engines emerged in the early 90s due to the need to organize, classify and manage information on the internet as more and more new websites were emerging full of content.

The first search engine was Wandex, which emerged in 1993 as a World Wide Web project.

The same year Aliweb emerged  , which exists to this day and which in 1994 was released as an index during the First World Wide Web Conference.

In 1994 WebCrawler was born, today known as a metasearch engine. It emerged as a university project that allowed a search by words on any website. It was sold to AOL in mid-95.

This same year the famous Lycos emerged, which was very popular in the 90s, becoming the most visited page in 1999. It was the first to use the CPM. It currently belongs to the Spanish company Terra.

This year, Excite! with the aim of improving the search method.

Altavista was born in 1995, one of the most popular web search engines thanks to its multi-language search and for allowing multimedia searches. In 2003 it was sold to Yahoo! which also emerged as a web directory this year.

Currently Yahoo! has gone through several alterations as it now uses its own search engine due to its merger with Altavista and Inktomi that was born in 1996, which was also bought by Yahoo! in 2003.

Google was born in 1997 and from 2000 it became the main search engine for Yahoo!, it had a powerful algorithm called PageRank , which analyzed the relationship between web pages.

In 2007, Ask, the first commercial internet search engine of the question-answer type, emerged.

In 2009, Bing emerged, with the goal of organizing searches in order to make browsing easier for the user.

Yes, there are hundreds, we are not lying. However, we will delve into the most relevant search engines today, starting with the well-known Google. 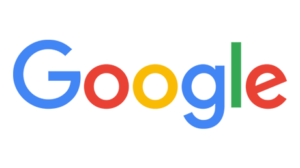 The largest of the search engines, the best known of all. Although with previous existence, it acquired its success in mid-2001 and its concept is based on the use of PageRank, which is based on the premise that the pages that are most desired are linked, in greater quantity, to other pages.

It bases its search process on finding the importance and agreement of the contents found on the web, with respect to the words that the user uses. To do the filter, Google uses the different algorithms to determine the order of appearance of the sites.

In recent years, Google has tried to overcome the traditional search model with the Discover application , a resource that interprets the behavior of the mobile user to recommend content.

These contents may also interest you 😉:

👉 SEO in WordPress: how to get to the top of Google using the resources of that content manager

👉 Complete guide of techniques to appear in Google in 2020

It is the second Internet search engine worldwide. It is the native search system by which new Microsoft devices use, starting with Windows 8.

Yahoo Search was launched in 2004, and more than a search engine, it can be considered a web portal, thanks to the fact that it offers the service of web searches, email, news, store, travel agency, games, entertainment, among others. 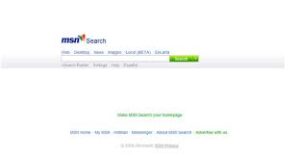 To deal with both Google and Yahoo! MSN Search has emerged. a service in which searches are done easily and quickly, with the addition that it has other Internet search engines such as Hotmail and news.

It is a search engine in which you literally ask to find the answer to your doubt.

The Art Of Muscle Training