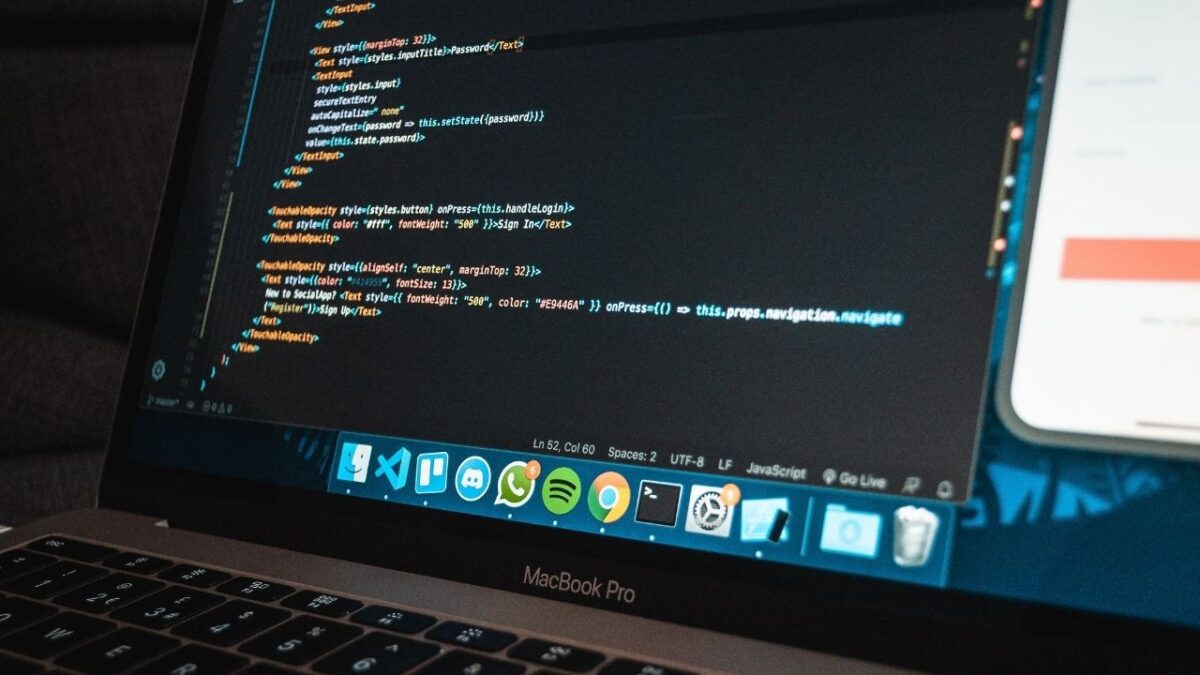 In this post, we’ll be discussing the web support for Flutter, the benefits of building a flutter app (from a business & development perspective), and how to build a web app using Flutter exactly. Altogether, this guide will guide you through if you are thinking of building a web app for your business.

Flutter’s web support is known for delivering the same experiences on both mobile and the web. It builds on the portability of Dart, the power of the web platform, and the Flutter’s flexibility, which together delivers scalable and premium apps for Android, iOS, and even browsers just by using the same codebase. Flutter mobile developers can easily compile the existing Flutter code written in Dart into a web experience. The reason is the dependency on just one Flutter framework, making it easy for the developers to develop apps for multiple platforms without much hassle.

It involved implementing a core drawing layer on top of standard browser APIs in Flutter and compiling Dart to JavaScript and not using the ARM machine code, which developers use for making mobile apps.

Flutter can seamlessly offer a highly portable, premium quality, and performant user experience across the web just by using the magnificent combination of WebAssembly, DOM, and Canvas. The web support to Flutter is built using the core drawing layer absolutely in Dart, where Dart’s optimized JS compiler compiles the Flutter core and framework together with the Flutter app into a single, minified source file which can easily be deployed to any web server you want.

Instead of the fact that you can do many things on the web, here are some most considerable scenarios where Flutter’s web support works remarkably well.

The web support of Flutter allows flutter mobile developers to enable complicated standalone web applications, which are exclusively rich with graphics and highly interactive content to let end-users fulfill the purpose of developing an app on multiple devices.

The web support of Flutter allows flutter app development to be more user-friendly and relatively simple. In addition, it delivers the premium PWAs integrated with a user’s environment, including offline support, tailored UX, and even installation.

Developers need not stress about the already existing apps. Web support for Flutter offers a browser-based delivery model for the existing Flutter mobile apps, making everything so easy for the flutter mobile developers.

However, not every HTML scenario is ideally suited for this technology called Flutter at this point. For instance, a blog or article app with rich text, flow-based, and static content relies more on or is bound to benefit from the document-centric model used to build the web apps. But, on the other hand, it doesn’t rely on app-centric services that a UI framework like Flutter can deliver. Hence, like this one, there are some scenarios where developers can use Flutter to embed innovative and interactive experiences into these websites.

It is a hybrid mobile application development from Google, which is growing substantially. As a result, many gigantic market dominators already utilize it to satisfy the end-user, their business objectives, and overall performance and profitability goals.

The technology might be relatively new but has managed to make its mark in the market already.

So, let’s now understand why such big companies rely on it, why Flutter app developers are drooling over it, and why you should consider it for your next project?

Advantages of Flutter Web App – From Development Point of View

Let’s first know why developers should put their bets on Flutter web apps.

Expert developers must know how cleaner it seems to have been working on the Flutter web app than other hybrid app frameworks. Let’s take WebViews, for example, which is used to display lists with multiple elements. Developers need to deal with high CPU usage, especially when the user scrolls. Using Flutter, you can simply use ‘ListView’ to display the complete lists, which is a huge time savior and works amazingly.

You can start right away! Flutter lets developers start quickly, and it almost takes less than thirty minutes to complete the installation process. You can right away have the working development environment ready for you. And that’s how you are all set to create your next Flutter web application.

Another benefit that may astound flutter mobile developers is the live reload function. Developers usually need to write code and wait for it to compile and load on the simulator/device before finally seeing all the changes. With Flutter, you can enjoy a live reload mechanism, where the app code reloads lightning fast on the device, right after the save button is hit. This functionality allows developers to get immediate results, feedback, and ease to turn that otherwise slow development much quicker and efficiently. 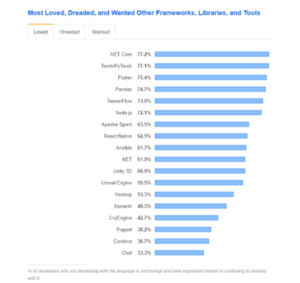 The success of your app relies on its performance, and Flutter is slowly but amazingly emerging as a winner here. Quick performance optimizations due to Flutter constantly being under active development makes the app perform extraordinarily. If we see Flutter 1.17, we’ll see that it has accelerated the rendering performance by up to 50% on newer iOS devices. On the other hand, it has highly diminished overall memory consumption by up to 70% for some specific workload types.

Flutter uses Dart language, which is quite robust and initially intended by Google to replace JS. For flutter apps, developers who are well-versed with JS can easily learn Dart. You can even take the benefit of a strong plugin manager (pub), which incorporates an extensive library of plugins for web app development. Even creating plugins for completely taking advantage of native platform abilities is easy with Flutter.

Developers will notice while flutter app development that the Flutter is extremely consistent in developing for cross-platform. Since it uses its own rendering engine, the UI remains the same for Android, iOS, and the web. As a result, developers can focus on other tasks without messing up with platform-specific styling issues to get the perfect design.

Flutter’s developer’s community is an extraordinary source of knowledge, where experts are constantly sharing the knowledge. So, every flutter developer who uses this technology gets access to the knowledge shared by numerous experts nationwide. The annual study by Stack Overflow even shows that Flutter is the 3rd most loved and the 4th most wanted framework of 2020.

Advantages of Flutter Web App – From Business Point of View

Now, let’s jump into how the Flutter web app is advantageous from a business point of view.

One of the most significant advantages of hiring flutter app developers is that they only have to hire one team for Android and iOS platforms. So, that becomes a hugely cost-effective option for any businessman to go for flutter app development simply.

With Flutter being so easy to use and learn, it is quite easy for the developers to adapt to the technology. Moreover, since the learning curve is pretty quick, developing and marketing the web app is much faster than other frameworks.

Flutter is loaded with intelligent and interactive components, allowing flutter developers to build some stunning user interfaces. Even animations are so well performant in Flutter that it is always easy to create something unique.

Businesses who are considering Flutter for their next project must indeed leverage its power. No matter the size of your business, Flutter is bound to satisfy your app development needs and deploy what suits your end-users. Hence, opting for flutter for web app development is an intelligent choice.

Building a Web Application with Flutter

So, we are guessing that you have made the right choice with using Flutter for your next web app development project. Considering that, we will settle your next query, which is how to build a web application with Flutter.

Creating a Flutter app using web support is relatively easy, and here are some requirements you need to fulfill, to begin with, the flutter app development process.

Run the commands given below to use the latest version of the Flutter SDK:

If Chrome is installed, ‘flutter devices’ command will result in a Chrome device that opens Chrome browser and a Web server that offers the URL serving your app.

Creating your app using web support is similar to creating a new Flutter project for other platforms.

Begin by adding a new app in your IDE and it will create Android, iOS, and web versions of your Flutter app. Use device pulldown to select Chrome and run the app before you see it launching in Chrome.

Now run the commands given below to create a web app.

To serve your web app from localhost in Chrome, you will need to enter the following from the top of the package.

Run this command to generate a release build.

Dart2js is used by release build to produce a single JS file ‘main.dart.js.’ A release build can be created using release mode ‘flutter run –release’ or simply by using ‘flutter build web.’ After you use this command, you will see that build/web directory is filled with built files, including the assets directory.

Use the command given below to create web support in an existing Flutter app.

Is it Advisable to Use Flutter in your Next Web App Development Project?

Of course, there is no reason to say no! If Flutter can provide you all the benefits that your web app needs, you must choose it in a heartbeat. The technology is pretty reliable for creating and launching your web app. Also;

So, we highly recommend you to hire your Flutter developer now for developing a premium flutter web app.

The Changing Roles of the Best Chemist We All Need Today