If you watched tonight’s Jersey Shore, then you probably witnessed a lot of game in it. I’d post the direct link, but the episode isn’t online to watch yet. Game wise, this is probably the best episode I’ve seen.

Now on to the guy I want to focus on, Vinny. If you’ve seen the last season of Jersey Shore, then you know that Vinny was a wimpy type of guy that took whatever he could get when it came to women. If he didn’t look decent, he probably wouldn’t have gotten laid at all last season. This season? He’s different. So far, he has laid at least five different women.

If you pay attention to this season, you can see that it is Vinny’s coming out party (no homo). He is becoming an alpha male and taking advantage of his looks and style. No longer is he the shy guy. Instead of sitting back and taking whatever he can get, he has finally learned to be more aggressive about both his inner game and taking advantage of every opportunity he has with women. No longer is it the Pauly and Mike show; it is now the MVP show.

Vinny’s first smart move, was hanging around Pauly and Mike. He took the same route I took. He didn’t need to ask about game. All he did was simply observe. More of you need to do this. You don’t need blogs like mine to tell you what to do. You need to find a couple of alpha male friends, and just pay attention like Vinny did. If you compare Vinny now, to Vinny then, you will see that this Vinny seems a lot more edgy and player-like. Instead of coming off as a shy beta male, he now comes off as an aloof alpha male.

One thing that Vinny does, and I believe all of you other clingy players need to do, is game on your own. Pauly pointed it out when he said “Vinny is pulling his own girls now. He no longer relies on me and Mike to pull the girls for him anymore.”. Too many sub-par players find these alpha males, see that they get girls, and cling on to them, always expecting them to pull girls for them.

Vinny was smart enough to get out there on his own before he wore out his welcome. Alphas don’t mind you hanging out with them and occasionally gaming a group of women that they’ve pulled, however, if you don’t soon start pulling your own weight, they’re not going to like having you around. When you find a guy that can easily pull girls, don’t just leech off of him. You have to quickly learn and start pulling your own women.

In this latest episode, you’ll notice that he’s starting to stick up for himself more. Last season, Mike use to pick on him. And what did Vinny do? He tucked his tail between his legs, and later passively tried to get back at Mike by hanging up a stuffed animal saying that it looks like Mike’s chicks and joked about it. In this latest episode? He actually spoke up about Angelina, defended himself, and looked like he was about to get at Ron before the two were seperated. Overall, he just seems more confident, willing to stick up for himself, and willing to speak his mind.

Speaking of Angelina, notice how Vinny pissed her off, and then took advantage of her in true asshole fashion. I’ve always said that if you piss a girl off, and recover from it, she will have the hots for you. And what did Vinny do? He pissed her off, recovered from it, and took advantage of it by fucking her later on that night. Here we have a guy that already fucked two of the women in the house (Snookie and Mike’s little sister), and now he’s fucking a third. Keep in mind that the guy who spent all of that money on Angelina still hasn’t gotten any ass. The loser chased, while Vinny waited until Angelina chose him; something that I emphasize in social game.

And also notice how he takes advantage of what I said in Deeper Than Game about sexual resistance. When Angelina and Vinny go into the bedroom, Angelina tries laughing off his sexual advances, and asks him if he is serious. He flat out pushes her down on the bed and takes full control. She didn’t resist him one bit afterwards. Also, I believe that in a previous episode, Snookie wanted to cuddle, and Vinny straight up takes charge and tells her to take off her panties.

If you aren’t watching Jersey Shore, then shame on you. There is so much game in there, especially for you guys wanting to see a clear example of the learning process. The progression of Vinny is the best example of how to naturally go from a shy guy barely getting any women, to a guy that has game and can hold his own. 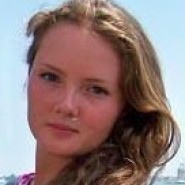