Self-Defense Strategies Every Woman Should Know 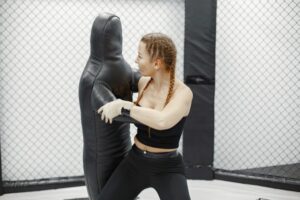 The best self-defense strategies and techniques work equally well for women and men, but let’s face it: Women need to know them because they’re assaulted more often than men. Statistics indicate that one in three women will be the victim of some violent attack in her lifetime. Women also endure more situations involving sexual harassment as well as verbal harassment. Although most women’s self-defense courses focus on skills for quickly and efficiently destroying an attacker, self-defense training also should include methods for preventing a confrontation from turning physical in the first place. Learning how to steer away from a threat may not sound as exciting as ripping out an attacker’s heart, but as they say in every beginner’s class, evading an attack is almost always better than blocking an attack if you stick with strategies and simple gross-motor-movement techniques- as they are described here.

Many women join a self-defense class after experiencing an assault. When they recall the incident, the same thing always happens: “I had this bad feeling, but tried to ignore it.” Or “I knew I shouldn’t have gone, but didn’t want to hurt his feelings.” Many women have been conditioned to ignore the voice that tells them trouble is coming. Your instinct is the best detector of danger.

PRESENT YOURSELF WITH CONFIDENCE

Be aware of the message your body sends. In an instant, you can look like a sweet, harmless animal to those around you. However, a predator has likely already chosen you as their victim. Assailants hunt for women who appear frightened or confused by what might be happening. Predators search for women who carry bags full of empty promises or are overburdened with situations beyond their control. Attackers do not want to get into a fight; they want an easy mark. Make sure you walk with confidence and awareness of your environment by looking around, keeping your head up and shoulders back to be alert – this will reduce the likelihood of becoming a target in the first place.

USE THE ELEMENT OF SURPRISE

Most predators assume you cannot defend yourself, so take advantage of that. When in a conversation, you have the opportunity to use verbal skills and a non-confrontational stance to entice the aggressor into dropping his guard. If grabbed from behind, respond immediately. In either case, putting up a fight can surprise an aggressor and could increase your chance of landing the first blow.

Good verbal skills are an effective self-defense tool. Those who use them to defend themselves from criminals are less likely to be attacked than those who don’t form the habit. When a criminal attempts to get at you, his comments freeze you with fear and can give him more time for the attack. Good verbal skills are powerful, preventing you from becoming a statistic. Although being verbally attacked can be terrifying, you have to be strong enough to show the attacker that he’s picked the wrong victim. If you stand up tall, stay calm and respond confidently and assertively, chances are good that you’ll “fail” his interview – which should hopefully make him look for an easier target.

Everyone has a comfort zone or an area of space alone. It can feel like an invasion when someone gets into your personal bubble because you know you would need the space if you had to fight back. In combat, one needs a quarter of a second to react to an attacker. This “reactionary gap” should be anticipated in terms of distance when considering your own personal comfort zone.

It would help if you kept a safe distance from the individual. Trying to be near them will just make matters worse. If they begin to get too close, you should use verbal boundaries as a form of self-defense. If that doesn’t work, it’s time to respond with physical altercations.

If you’re searching womens self defense classes or self defense for adults, you’re landing on a good website. If you know of any other good self-defense tips, or techniques let us know. 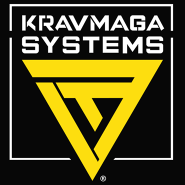