Home > Technology > Things Which We Do and Don’ts While A RAID Failure!

Things Which We Do and Don’ts While A RAID Failure!

RAID stands for “Redundant Array of Independent Disk”. In simple words, it’s a system used for storing data in multiple locations of hard disks (HDDs) or solid-state drives (SDDs). It holds and protects the data when the hard drives fail. RAID includes different levels, but all have different goals instead of providing redundancy.

One hard drive is enough for common computer users to handle and store their data. However, large businesses require multiple hard drives. This is where RAID systems are known as an excellent option. When numerous drives are placed together, it becomes easy to optimize the performance and reliability for fast and better performance. It notifies about data redundancy and allows input/output operations to overlap in a balanced way, which further improves data access performance. HDDs relatively face high failure rates due to physical limitations and the mechanical nature of many high-speed moving parts. However, RAID is meant to alleviate these issues, depending on the RAID type you’re using.

However, a wrong move could lead to a state where accessing data becomes impossible or end up losing data permanently. With the help of RAID hard drive recovery, you can resolve such issues.

But, what things do you have to do and don’t do if a RAID failure occurs!

Common RAID Failures Scenarios
Dos and Don’ts While Dealing With RAID Failure
Things to Do:

Things Not to Do:

When it comes to RAID devices, business people assume that using multiple disks of redundancy and storage are all they require for protecting their files. However, most people turn to data recovery professionals when their system stops responding and ends up with data loss. This is because they didn’t create any backup system in place. There is no doubt to say that RAIDs are solutions to several storage problems, including capacity limits, performance, fault tolerance, etc. However, it can still fail due to several reasons.

Hence, RAID may experience several failures at once. And this is where it becomes essential to follow the data recovery processes.

Dos and Don’ts While Dealing With RAID Failure

The essential thing to consider for avoiding any RAID problem is to keep the backup offsite. Generally, the RAID failures knock on the door when various issues arise in the second hard drive. That’s why it’s essential to have a proper backup plan or backup storage devices for keeping your files in a safe place. Hence, you won’t end up losing your data if any RAID failure scenario occurs. Hence, it becomes easy to retrieve data conveniently from external hard drives, magnetic tapes or cloud storage.

Data loss scenarios occur due to various hard drive failures. Therefore, considering taking the assistance of data recovery professionals instead of applying DIY RAID data recovery will protect you from losing data permanently. Always remember that a single mistake during DIY recovery can cause the whole system to collapse. It increases the extent of damages if you haven’t experience and expertise. So, before trying DIY methods, it’s worthwhile to create an image for the server or take professional help.

When RAID crashes occur, you may confront several issues. However, once you successfully recognise the issues, immediately quit using the drive. It’s the most crucial stage for preventing damages to your RAID drive and data stored on it. Using the damaged RAID devices continuously may lead to overwriting the data. Once overwritten, it becomes quite hard to recover your data.

Things Not to Do:

RAID failures lead to several other issues. Once you realise or notice the failures, you should stop using the RAID system immediately or avoid making changes in the system. It’s a significant move that will protect your data and avoid severe impacts on your system. Using RAID systems continuously can worsen the problem and will overwrite knowledge. Therefore, avoid making the situation more terrifying. Additionally, don’t try to restore the data through free data recovery software. Otherwise, it might worsen the situation instead of assisting you.

RAID offers various benefits in terms of data security, read/write performance, and many others. However, these devices are also prone to several failures. Therefore, it’s recommended to follow the above-mentioned Do’s and Don’ts while dealing with a RAID failure for preventing any further damages. And if you’re still not able to reach the desired result, you can opt for the best RAID data recovery services.

Additionally, data recovery specialists are well aware of different strategies and techniques to restore data back. Even they have the appropriate tools and software to perform the recovery actions. So, instead of applying DIY techniques, relying on professionals means saving both cost and money. 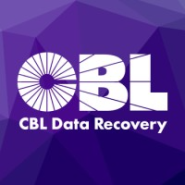 Madaline Simonis is an operational manager in "CBL Data Recovery" which provides data recovery services throughout Singapore and internationally. She handles all the activities that are related to data recovery.