Home > Technology > How Easily You Can Build Cross Platform Application with .NET Core? 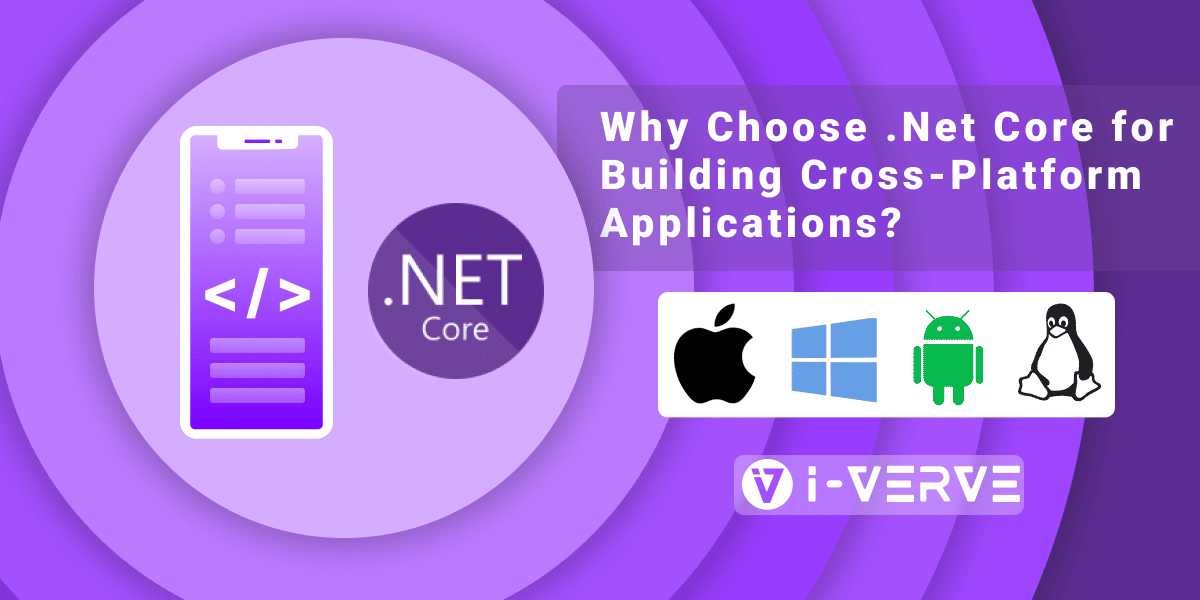 How Easily You Can Build Cross Platform Application with .NET Core?

A free and open-source framework called.NET Core is used to create cross-platform software for Windows, Linux, and macOS. It has the ability to run apps on hardware, in the cloud, and over the Internet of Things. It    supports the four cross-platform use cases of command-line apps, libraries, Web APIs, and ASP.NET Core Web apps. The new .NET core 3 version supports windows rendering forms such as Winforms, WPF, and UWP.

What is a Cross-Platform Application?

Mobile apps designed to work across several mobile platforms are known as cross-platform apps. These applications work with iOS and Android as well as other platforms.

With cross-platform mobile app development, programmers may create apps that work across many platforms using a single code base. It indicates that the business can release the product more quickly and with higher quality. The application can access a wider audience because it works with different mobile operating systems.

It is ideally suited for startups due to its rapid development, quick turnaround, and cost-effective quality. Some frequent problems with developing mobile applications can be solved by creating cross-platform apps.

It attracts the attention of many startups and SMEs because creating apps reduces cost and timing. As was previously discussed cross-platform mobile developers’ hourly rates were considerably lower than those of native mobile app developers. This propensity still holds true today. A corporation adopting cross-platform mobile development not only has lower per-unit costs but also needs one team of programmers instead of multiple as with native apps. Additionally, because just one cycle of development is required, creating a product using a cross-platform app development framework takes less time than creating one for a native platform. Because this technology only requires one cross-platform tool, it has the advantage of being simpler to maintain, as it only requires one code base.

Last, but not least – cross-platform development provides an extended consumer reach for tech products. Having an app that can easily run on all available platforms means access to a wider market. The more people get to interact with your app, the more chances to secure paying users.

React Native is the go-to framework for creating cross-platform apps, according to a Statista analysis. In 2019 and 2020, 42% of software developers globally reported using it; in 2021, that percentage dropped to 38%. (Still, the most used over the past three years).

JavaScript is acceptable when using React Native. In addition to Swift, Python, and Objective, programmers can also develop modules in CSS and Javascript. The codebase of this cross-platform app framework is open-source and reusable. React Native is a wonderful option if you need to create a prototype quickly. Because it quickly converts source code to native elements. With agile development, it works really well.

According to the report, React Native and Flutter are the two most popular cross-platform app frameworks. It was released in 2018 and is an SDK (software development kit) based on Dart, Google’s proprietary language. It offers a selection of UI widgets and elements. Its rendering engine is really effective. The Hot Reload function enables real-time viewing of coding changes without requiring them to be saved.

In terms of cross-platform developers’ choices, Apache Cordova comes in third. Additionally, Adobe has made this framework open-source. Along with HTML5, Cordova also makes use of CSS, Javascript, and React Native. It permits the usage of several important phone features like the camera, GPS, notifications, contacts, and more.

The HTML5 SDK Ionic Framework is open-source and, most importantly, cost-free to use. Due to its collection of reusable UI elements, gestures, typography, themes, and other tools, Ionic is a terrific option for creating interactive, engaging apps. It makes use of HTML5, CSS, and Javascript just like Cordova. Ionic is a good option for Progressive Web Apps since it employs the Virtual DOM, TypeScript, async, and JSX APIs, making it simple to use (PWA).

Windows, Linux, and macOS all support .Net Core. It will allow you to target any platform-based application type. The programmers offering ASP.NET app Development services have the option of sharing code and expertise in a familiar setting. . You may use NET Core to build anything from mobile apps that run on Android, iOS, and Windows to enterprise server applications that run on Linux and Windows Server, or even huge microwaves that operate on the cloud.

You can set up.NET Core user-wide, machine-wide, or side-by-side as well as integrate it into your application. It can host ASP.NET Core apps, enabling them to utilize the Linux-based Docker containers that are currently used with it.

It is feasible to incorporate .NET Core in your application, or it can also be set up user-wide, machine-wide, and side-by-side. One can use it with Docker containers typically running Linux at present, and it can host ASP.NET Core apps, enabling them to use the benefits provided by microservices and containers.

The.NET Core web app development framework supports the use of NuGet packages. It is now possible for programmers to deal with NuGet packages rather than assemblies. The.NET Framework typically uses Windows updates to provide framework upgrades, whereas the.NET Core relies on the package manager for updates.

Because it is open-source,.NET Core uses the MIT and Apache 2 licenses. It is a property of the independent nonprofit.NET Foundation, which supports the open-source-friendly, innovative, and commercial.NET ecosystem. By contributing to the.NET open-source codebase, more than 25,000 programmers employed by more than 1600 firms already offer asp.net development services.

There has been a rapid growth of the .NET community, and it can boast of having quite a few libraries and community projects obtainable for free. Besides Microsoft and the community, the .NET platform’s future is guided by the Technical Steering Group members such as Google, Red Hat, JetBrains, Unity, and Samsung. 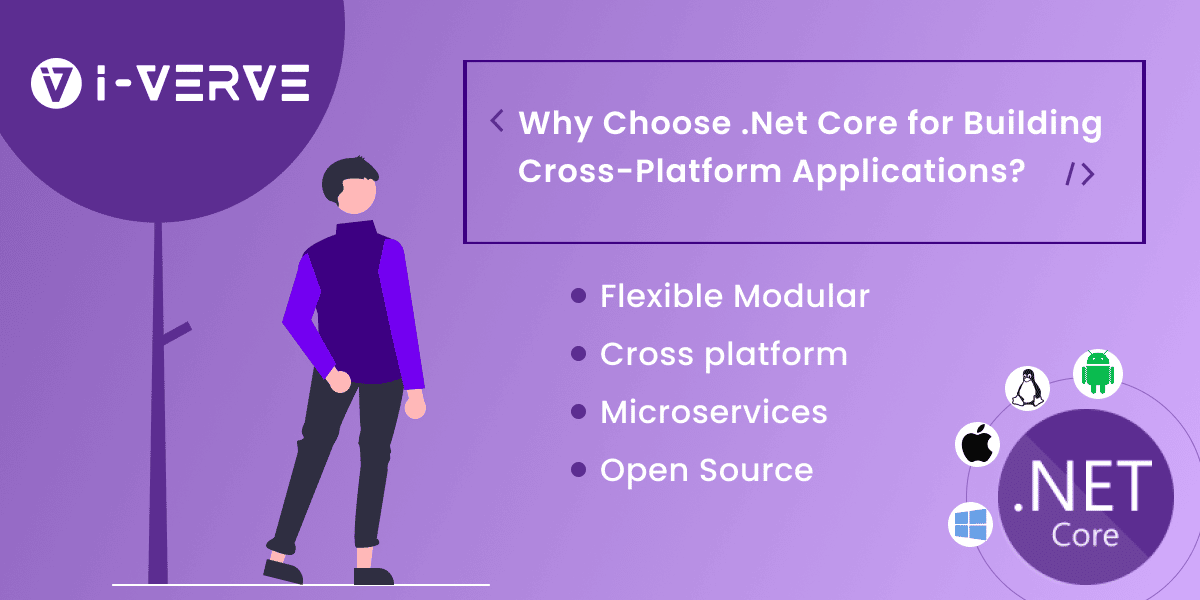 High Performance: Performance was taken into consideration during the construction of the ASP.NET Core framework. The Kestrel default web server has been optimized for speed by the ASP.NET team. The ASP.NET Core with Kestrel is the fastest of more than 400 frameworks, according to TechEmpower, which has been doing benchmarks on various frameworks.

Cross-Platform: ASP.NET Core runs on the cross-platform .NET 5.0 platform. It is not tied to a Windows operating system. You can develop and run production-ready ASP.NET Core apps on Linux or a Mac. If you decide to use Linux, you don’t have to pay for Windows licenses, resulting in significant cost savings.

Easy to Maintain: .NET Core is renowned for requiring less coding than other frameworks. As a result, it enables developers to produce applications with less code, which facilitates simple and automatic maintenance. As a result, a developer must reduce the number of statements used and improve the coding architecture.

The ability to execute an application on various platforms is one of.NET Core’s primary differentiators. A framework-dependent app that can run on various platforms can be made extremely quickly. A developer’s life has been much easier thanks to ongoing additions and upgrades, and business websites are now more profitable. As a result, ASP.NET Core has emerged as the top choice for businesses to create cross-platform web apps. In order to create cross-platform web apps for your businesses, you must think about an ASP.NET development company that is flexible. 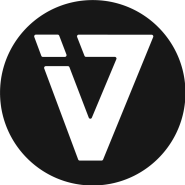