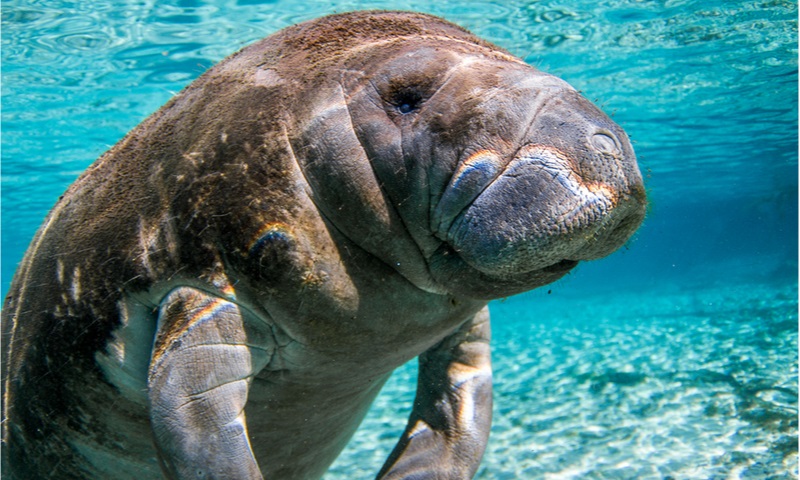 If going to an African Safari is a bit beyond your reach, don’t worry. While going to exotic destinations might give you the opportunity to see some large exotic animals that we usually only see in documentaries, you can see some in the flesh closer to home. While lions, rhinos, leopards, and elephants might be hard to find in the wild across the United States, Southwest Florida has a few natural miracles of its own.

The city of Cape Coral, Florida, is home to some amazing wildlife that is both gentle and interesting or dangerous and exciting. Not all of them are friendly, nor should you approach them in the first place. Knowing how to approach them is essential if you live in areas prone to casual encounters with some of these species. The Southwest Florida climate makes it ideal for them due to the water temperatures of the Gulf of Mexico and an increased level of awareness regarding the needs of these species.

We’ll take a closer look at what these beautiful creatures are and where you can find the best sighting spots in or around Cape Coral, Florida. It’s best to know what you’re dealing with before encountering either of the following wildlife species in the city, so you don’t spook them without meaning, or they don’t spook you.

Capable of reaching weights of 2000 pounds and lengths of 15 feet, Manatees are Florida’s gentle giants that can live up to 60 years. Currently, the oldest Manatee in captivity is 73 years old. Seeing a manatee might be a far more thrilling experience than you might expect because, while they are gentle, they are very large. These aquatic mammals like to relax in the warm waters of Florida, around the Gulf of Mexico, and South America. Unfortunately, they live in proximity to human-inhabited areas and are exposed to dangers caused by our clashing territories.

Manatees don’t like temperatures that drop below 60 degrees Fahrenheit, but they managed to adapt throughout their 60 million years of history. When the water gets too cool, they migrate to areas with fresh natural springs. Still, human activity negatively impacted the manatee’s environment to such an extent that the species appears on the endangered list. Activism and protection groups have been working towards saving the Florida manatees since 1981. Recently the U.S. Fish and Wildlife Service observed a significant improvement in population numbers and a decrease of direct threats the manatees are exposed to. At the moment, the manatees are proposed to be taken down from the endangered species list and downlisted to the threatened status.

A Cape Coral resident has much of the “blame” for improving the manatees’ environment. After discovering that manatees like to loosen up in the canal behind her home, Maija Gadient Heberlein took it upon herself to make the surrounding area as comfortable for these gentle giants as possible. That is how Sirenia Vista Park came to be, and now, that is one of the best parks for wildlife sighting in Cape Coral, Florida.

We all know that Florida is an alligator country, but Southern Florida is home to both alligators and crocodiles. While I would personally only look for either through a long lens telescope, if you want to get up close and personal with them, visit the mangroves, the brackish lakes, and small barrier islands around Cape Coral. Alligators are known for their preference for freshwater as they can’t digest salt.

The Gulf of Mexico is where the Ocean’s saltwater and Florida Bay’s natural wonders, the spring, meet. This gives life to a fantastic ecosystem of both flora and fauna. Many visitors are attracted to the area from all over the world. It also makes it possible for both alligators and crocodiles to thrive and be seen by curious visitors. There are around 1.5 million alligators and 2,000 crocodiles throughout the state of Florida, based on the National Park Service estimates. You are exposed to a certain level of danger when encountering one of these creatures. Just be safe in your curiosity and call local authorities if you are in trouble.

We almost hunted this incredible-looking bird to extinction for its superb-looking pink plumes. You can find the Roseate Spoonbill across the south Florida coast year-round. They keep along coastal marshes, mudflats, lagoons, and mangroves. They spend most of their time foraging the muddy bottom of either fresh or salt shallow waters from Keys to Tampa. You can also spot them along the Gulf in Texas and Louisiana. Their distinctive beak makes them stand out from other types of birds, but the color alone will make it easy for you to spot them.

It might not be easy to spot a Florida panther in the wild, but you can spot them. However, we’re unsure whether or not you’d like to encounter one. Sometimes, it’s best to keep a safe distance between humans and wildlife, especially if the animal in question is a panther. You do not want to get on the wrong side of a panther.

There are approximately 180 big cats throughout Florida after having been brought back from the brink of extinction. They live and generally hunt in preserves, but they can also be spotted in parks or trying their luck in rural areas with farms around. One Florida panther is known to live near Golden Gate Estates and covers a territory of 70-80 miles across Southwest Florida.

Cape Coral is home to the Florida Burrowing Owls – the largest known population of this species worldwide. Reaching a maximum of 11 inches in height, these birds burrow where they nest, starting early February all through mid-July. These 8 feet tunnels underground, also known as burrows, can be identified by four white stakes surrounding a perch. They can be found in empty real estate lots or roundabout islands on boulevards around town.

With approximately 1,000 pairs of nesting Florida Burrowing Owls in the city, they are the official bird of Cape Coral, Florida. They usually choose open sandy fields for their nesting grounds with grass and weeds to protect them from heat and shade. Before the eggs start hatching, Burrowing Owls decorate their nests with anything they can find to ward off predators. The four white stakes have two purposes. To work as a vantage point for the owls, so they can see potential threats and prey from afar. To keep the burrow safe from our lawnmowers, so we don’t wind up ruining the poor bird’s home.

I think you’ll find that the wildlife found across Southwest Florida can be just as exciting as African wildlife. The most significant difference here is that you don’t have to travel across the world to see them. You don’t pay an excessive amount of money for a slight chance of encountering the animals you are interested in.

Whether you’re seeking a thrill-filled experience or a soothing manatee encounter, make sure you don’t disrespect wildlife. You can contact real estate agents in Cape Coral FL for properties in the area, but don’t trespass on wildlife territory. While manatees are gentle, they are pretty heavy, so hand-to-hand combat won’t have you victorious. As for the Florida panther or the largemouth reptiles creeping in fresh or salt waters are good to admire from a safe distance. For me, that safe distance is a Smart flat-screen TV. 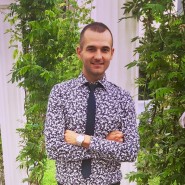