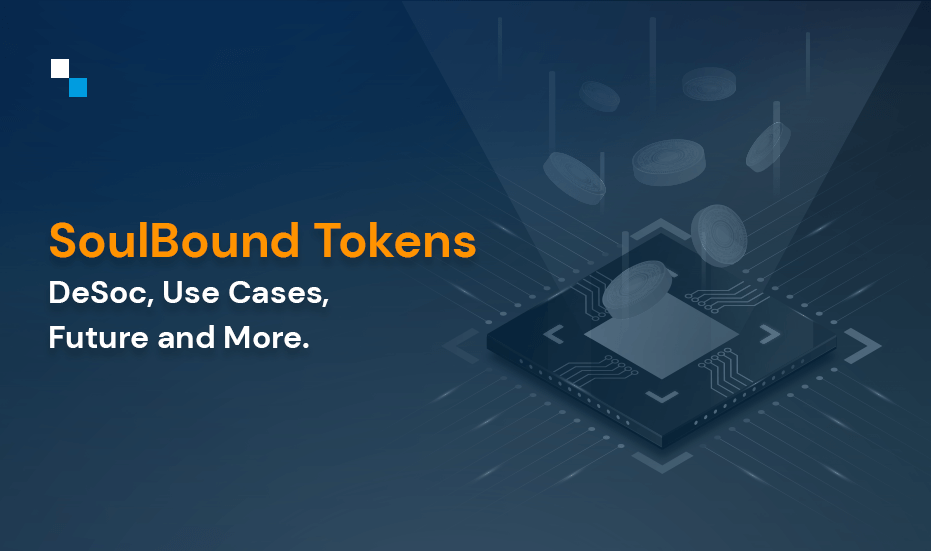 The great internet dream of web3 is putting the users in charge of their data, identity and money. Till now, decentralized tokenization in the form of cryptocurrencies and NFTs have set the narrative and SBTs are the latest to join the league.

SoulBound tokens can outperform the NFTs and unlock new opportunities for the developers and the consumers. As a blockchain development company, Antier is observing the space closely before the SBTs officially become available for development.

What are SoulBound Tokens?

A SoulBound token is a non-transferrable, unique blockchain asset that stores an individual’s, an organization’s or any form of entity’s metadata of identity and credentials. Like all blockchain tokens, these are too backed by cryptography.

The SBT stores the identity and credentials metadata for identity cards, medical records, employment records, criminal records (if any), academic records etc. This data is immutable and cryptographically stored.

A wallet that stores these records is known as a Soul. Therefore, Soul wallet development will further increase the demand for web3 wallets.

How Do SoulBound Tokens Work?

Users could have multiple wallets (or Souls) representing different parts of their lives. For example, someone could have a “Credentials Soul” for their work history and a “Medical Soul” for their health records. Souls and SBTs would allow people to build a verifiable, digital Web3 reputation based on their past actions and experiences.

A person could have 1 or multiple Souls holding different types of data. For example, one Soul could be storing their academic records while the other could store their medical records. Likewise, multiple Soul wallets could be integrated to produce a person’s details on a dashboard.

Souls can represent an entity that allocates SBTs. For example, companies can be Souls, issuing SBTs to each employee. A digital country club could issue SBTs to verify membership status.
In another example, an educational institution could implement a Soul to issue graduation degrees, and diplomas tokenized in the form of SBTs. Known as Credentials SBTs; these also hold SBTs for say Scouts badges, National Honors, Book Clubs etc.

Another type is the Identity Soul which holds SBTs for your social security number, license, passport etc.

The highlight feature of SBTs is non-transferability. Unlike all popular token standards such as the non-fungible ERC-721 and fungible ERC-20, SBTs are non-exchangeable, non-tradable and non-transferable to another wallet. They are bound to the Soul (wallet), hence the name Soulbound tokens.

The SoulBound token contract holds different types of immutable and validated information about the holder. Their utility lies in the ability to interrelate to build communities based on commitments, social relationships, credentials and affiliations. Before we discuss this further, let’s understand the meaning of a Decentralized society.

What is a Decentralized Society (DeSoc)?

A decentralized society represents a wider scope of the web3 development. Given hyper-digitization, all or at least most social interactions are happening over the internet. On a decentralized internet, SBTs, which represent different types of user credentials and identity data, will contribute towards a bottom-up community setup governed by the users.

In the pursuit of augmenting web3’s growth into a more inclusive, democratic and decentralized ecosystem, DeSoc will be instrumental. Now, transferable assets are dominating the web3 space which has its own limitations. With Desoc and SBTs, personal brand building and uncollateralized lending depend on social relationships that are non-transferable.

While Souls can be associated with individuals, institutions & organizations and all forms of entities, they may or may not have a 1:1 representation of humans. To put it simply, a human could own multiple Souls. For example, a Soul for academic SBTs, another for employment history, medical records etc.

Let’s discuss a few such use cases.

Use Cases of SBTs

SBTs have a wide range of potential use cases. Here are some examples that could potentially find use in everyday life. The scope of SoulBound token projects covers and is not limited to the following:

When people graduate from university, they receive a certificate proving completion of the required courses. The university could be a Soul issuing the SBTs, and the students would be Souls on the receiving end. The SBT would store the student’s credentials, proving they hold the relevant qualifications and are a member of the university. Simply put, the SBT would function as proof of attendance.

These SBTs, issued by their previous employers, ensure the authenticity of the work experience as claimed by the candidate. Multiple SBTs representing experience certificates, course certifications, and other important letters.

Blockchain-based tokenization has already proven its effectiveness in addressing key issues of the healthcare landscape. At times patients and physicians had to spend a lot of time tracing medical history, validating identity, validating medical certificates and prescription slips and others.

No matter whether crypto tokens and NFTs have done a great job by putting data on the chain, these are still exchangeable tokens, which may not be good for data as sensitive as healthcare. SBTs would settle the issue once and for all by putting every individual’s medical records in a Soul.

Public voting to build governments is the greatest event for any democracy. While electronic voting systems have automated the process and eliminated issues largely, they are still at risk of identity fraud, manipulation of voting machines and others. While it is costly to conduct an accurate verification of a voter, SBTs are a great tool to validate identities and track one’s voting participation in the past.

The Proof-of-Attendance-Protocol (POAP) NFTs are given to attendees at events. Ticketing, as we know, is a popular application of NFTs. Given all the limitations that NFTs have, SBTs provide a more secure tokenization solution. They are non-transferable and could eliminate ticket scalping, selling in black and forging.

To put it simply, just holding a ticket won’t prove that the user attended an event. Building non-transferable POAPs proves that the original owner of the ticket attended the event.

As already mentioned above, the major difference between NFTs and SBTs is the latter’s non-transferability. However, they can still be used as provenance for NFTs. Let’s take an example.

In most cases, creators mint NFTs on a centralized marketplace like OpenSea. In any scenario when the marketplace suffers a downtime, it could result in a loss of content and even tokens as happened in an event earlier this year.

Such a dependency to prove the ownership of their digital assets is still not perfect. SBTs, on the other hand, address this issue.

Since creators will be able to mint NFTs from their blockchain Soul wallet, it automatically validates the ownership of the NFT by the user account details stored in the wallet. Likewise, this could elevate the adoption of SoulBound NFTs in near future.

For artists and others, this is a far better method to prove their ownership.

The development of new crypto projects generally involves a community effort with the creation of new communities. Crypto projects can launch airdrops alongside conducting different token sales. However, the process is generally associated with Sybil attacks, with whales consuming the majority of the drops. On top of it, airdrops cannot reach the target community.

SoulBound tokens can solve the problem by ensuring airdrops based on details and analysis of SBT on the Soul of a user. For instance, projects focused on enhancing sustainability could ensure the airdrop of governance tokens to Souls with tokens verifying their association with various sustainable activities.

SBTs could track a user’s DeFi borrowing history as well as other metrics that determine their risk profile.
As we know, all assets in web3 are tokenized, transferrable and hence work as collaterals. The absence of uncollateralized loans is one of the major drawbacks of existing DeFi. On the other hand, the traditional financial system uses centralized credit scores to qualify a borrower.

Soulbound tokens provide a solution that not only supersedes the traditional system but also provides solutions for uncollateralized loans. Here’s how it works – a loan could be represented through an SBT which is further stored in the borrower’s Soul wallet. The wallet could be previously held the user’s identity docs, financial history etc.

Such a non-transferable asset works as reputation collateral until the borrower has repaid the complete amount. Subsequently, a NOC or any other proof of burn replaces the token. Moreover, non-transferability prevents the borrower from misusing the loan amount or hiding details about previous unpaid loans.

As we know, DAOs are organizations governed by a community and smart contracting while eliminating the need for human leadership to take error-prone decisions. To know more about DAOs in detail, we recommend reading this blog.

Despite the promising potential in the web3 realm, DAOs are always at risk of Sybil attacks. Sybil attacks are attacks wherein a single user creates multiple wallets to manipulate voting power. Here, the attacker could either be an individual or a group of individuals who illegitimately accumulate governance tokens in abundance for one-sided voting results.

DAOs can use SBTs to validate the voters and if foul play wherein Souls is supporting a vote has a relation. No matter if this requires an intelligent algorithm, we expect this to be a popular application.

Decoding a Soul’s SBT structure to differentiate between legit Souls and bots. Subsequently, disqualifying Souls that may seem to be Sybil.

Giving more voting power to Souls only those who have more recognized SBTs such as academic records, licenses, certificates and employment history.

SBTs with proven success can be used as a reference for other DAOs to establish security protocols against Sybil.

What happens if you lose your Soul? The Social Recovery Model

Loss of storage such as wallets or keys has been a continuous concern for all blockchain assets. Like NFTs, SBTs could also be vulnerable to rampant thefts. Developers are concerned about safeguarding confidentiality by preventing bad actors from identity theft.

In their first paper on SBTs, Buterin and his team proposed a social recovery model meant for community-wide adoption. Here, users could appoint or nominate specific individuals or institutions as ‘guardians’.

When in doubt, the ‘guardians’ could access and change the private keys of the user’s Soul wallet.
The model implies that recovering the Soul’s private keys would require consent from any member of the qualified majority of the Soul’s respective community.

What is the difference between SBTs and NFTs?

Token development over blockchain gave us the super useful NFTs that need no introduction. That being said, It is time to not incorrect to understand SBTs as non-transferrable NFTs. However, they both have totally different purposes except protection of user confidentiality in web3.

As an experienced token development company, Antier is observing the space closely. Since web3 assets are gaining widespread momentum, expect the SBTs to outperform NFTs.

In this post, we discussed the meaning of SBTs, their role in a DeSoc and various use cases & applications that could strengthen the trust towards blockchain tokenomics. Need more elaboration around SBTs for a particular use case? We are just pinging away! 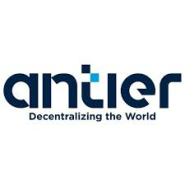