A stroke is a dangerous disease that affects the arteries leading to the brain. A stroke occurs when a blood vessel carrying oxygen and nutrients to the brain is blocked or ruptured by a blood clot. When this happens, a part of the brain doesn’t get the blood and oxygen it needs, so the brain cells die. Brain is the most important organ of the body, it controls various functions of the body. Stroke affects a particular part of the body when it is not supplied with blood. Blood and oxygen are needed for the brain to function properly. If the blood supply is cut off even for a short time, it can cause great damage to the body. Brain cells begin to die after a few moments without blood and oxygen. Stroke is a medical emergency. And it is extremely important to treat it promptly. The sooner a stroke is treated, the less damage is likely to occur. Stroke is the fifth leading cause of death and the leading cause of disability. There are several types of stroke which are given below.

A stroke caused by a blood clot blocking blood flow to the brain is called an ‘ischemic stroke’.

A stroke caused by the rupture of a blood vessel and blockage of blood flow to the brain is called a “hemorrhagic stroke.”

One type of stroke is “TIA”. Transient Ischemic Attack or it can also be called ‘mini stroke’.

Weakness or numbness of the face, arm or leg, usually on one side of the body.

Vision problems, such as dimming or loss of vision in one or both eyes.

Dizziness or inability to maintain balance and coordination difficulty walking or feeling of heaviness in the legs.

Severe headache with no known cause, especially if it comes on suddenly.

A stroke can happen to anyone at any age. But there are certain risk factors that increase the chance of having a stroke. If these risk factors are managed or modified, the risk can be reduced.

Risk factors for stroke that can be modified, treated, or medically managed include:

High blood pressure: Blood pressure of 140/90 or higher can damage the arteries that supply blood to the brain.

Heart disease: Heart disease is the second most important risk factor for stroke, and the leading cause of death among stroke survivors. Many of the risk factors for heart disease and stroke are the same.

Diabetes: People with diabetes have a higher risk of stroke.

Contraception: Use of birth control pills can also cause paralysis.

TIA: A transient ischemic attack is often called a mini-stroke. Their symptoms are similar to paralysis, but these symptoms do not last long. If you have had one or more TIAs, you are about 10 times more likely to have a stroke than someone of the same age and gender that has not had a TIA.

Risk factors for stroke that cannot be changed include:

Older age: For every decade of life after age 55, your chance of having a stroke more than doubles.

Gender: Stroke is more common in men, but more women die from stroke than men.

Heredity or genetics: People with a family history of stroke are more likely to have a stroke.

The doctor will take a complete medical history of the patient followed by a physical examination.

A stroke requires tests such as brain imaging and blood flow measurements in the brain.

*MRI This test uses a combination of large magnets, radio frequencies, and a computer to create detailed pictures of organs and structures in the body. An MRI uses magnetic fields to look for small changes in brain tissue that help detect and diagnose strokes.

In addition to these, the following heart tests may be done to help diagnose heart problems that may lead to stroke.

*Electrocardiogram (ECG). This test records the electrical activity of the heart. It shows any irregular heart rhythm that can cause a stroke.

*Treatment is most effective in stroke. Anticoagulant drugs (thrombolytic or fibrinolytic) are used for emergency treatment after a stroke. These drugs dissolve blood clots that cause ischemic strokes. These can help reduce the damage to brain cells caused by a stroke. To be most effective, they should be given within 3 hours of the stroke.

*A craniotomy is a type of brain surgery that is performed to remove a blood clot, relieve pressure, or repair bleeding in the brain.

Complications of having a stroke recovery from a stroke and the specific capacity affected depend on the size and location of the stroke.

A small stroke can cause problems such as weakness in the patient’s arm or leg. Major strokes render parts of the patient unable to move, i.e. permanently paralyzed.

Larger strokes can cause loss of speech or even death.

Some daily lifestyle changes can protect us from stroke.

A healthy lifestyle can help reduce the risk of stroke. Which are includes the following.

*Choose healthy foods: Be sure to get the recommended amount of fruits, vegetables, and whole grains. Choose foods that are low in saturated fat, cholesterol, salt, and sugar.

*Stay at a healthy weight.

*Stay physically active. Include regular exercise in your routine.

Recovering from a stroke or living with a stroke 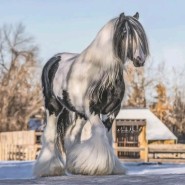 Learner by Nature, Writer by Soul.