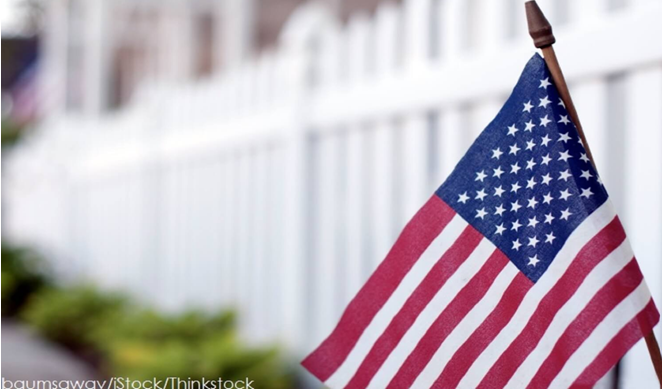 ‘The American Dream’, for some, conjures up images of homeownership with a white picket fence and a manicured yard in a prominent suburb. This suburban sprawl imagery has been promoted since the 1950’s and links directly with homeownership and success.

The use of the term ‘American Dream’ to describe ownership with the sprawl status quo implies that one form is ideally ‘American’ – that large-lot suburbia, as the ‘American Dream’, is what all real Americans want, and that cities and small towns and rural areas are for foreigners.

Let’s go beyond the white picket fence and expand this definition of ‘American Dream’ and look at it’sevolutionand history.

The American Dream is ideal:

The government protects the rights of you and every other American citizen to find your own path to economic prosperity. Unlike many other countries, you are not required to follow your father’s profession. Your destiny is not legally determined at birth by caste, religion, or gender. The law protects your right to pursue a better life.

The American Dream protects every American’s right to achieve their highest economic potential. That allows them to contribute their utmost to society. It is the belief that the best way to ensure national economic growth is to protect citizens’ right to improve their own lives.

In 1931, historian James Adams first coined‘the American Dream’. Adams’ said, ‘The American Dream is that dream of a land in which life should be better and richer and fuller for everyone, with opportunity for each according to ability or achievement.’Thus, the term ‘American Dream’ means not one type of house on one type of lot, but an economy open to talent, whether in dense cities, automobile filled suburbs, or small rural towns. This implies that Americans should be free to create Manhattan as well as Montana. And to own as well as to rent and prioritize following their desires.

Adams went on to say that it is not, ‘… a dream of motor cars and high wages merely, but a dream of social order in which each man and each woman shall be able to attain to the fullest stature of which they are innately capable, and be recognized by others for what they are, regardless of the fortuitous circumstances of birth or position.’

These conditions foster a populace united by language, political system, and values. This‘American dream’ allows a diverse population to become a competitive advantage. U.S. companies use it to become more innovative. The nation’s diverse demographics allow innovators to test niche products. This American “melting pot” generates more innovative ideas than a small, homogenous population. America’s success may also be attributed in part to having the benefits of cultural diversity. (4)

The History of the American Dream:

At first, the Founding Fathers only extended the Dream to white property owners. But the idea of inalienable rights was so powerful that laws were added to extend these rights to slaves, women, and non-property owners. In this way, the American Dream changed the course of America itself.

President Wilson supported the voting rights of women. It led to the passage of the 19th Amendment to the Constitution in 1918.(5)

President Johnson promoted the Civil Rights Act of 1964. That ended segregation in the schools. It protects workers from discrimination based on race; color; religion; sex, which includes pregnancy; or national origin. In 1967, he extended those rights to those over 40. (6)

President Roosevelt extended equal opportunity to homeownership by creating Fannie Mae to insure mortgages. His Economic Bill of Rights advocated the right to decent housing, to a good education, to adequate health care, and the right to earn enough to provide a decent living. Roosevelt added, ‘We have come to a clear realization of the fact…that true individual freedom cannot exist without economic security and independence. …People who are hungry, people who are out of a job are the stuff of which dictatorships are made.’ In other words, he strengthened the Dream to protect America from socialism, communism, and Nazism. FDR’s Unfinished Second Bill of Rights sought to address domestic security.

President Truman built upon this idea after World War II. His “post-war social contract” included the GI Bill. It provided government-funded college degrees for returning veterans. Urban policy expert Matt Lassiter summed up Truman’s “contract” this way: ‘…if you worked hard and played by the rules, you deserved certain things. You deserved security and decent shelter and do not have to worry all the time that you might lose your house to bankruptcy.’(7)

Presidents Bush and Clinton supported the Dream of homeownership. And President Obama supported the legal benefits of the marriage contract regardless of sexual orientation.

Realize Your Own American Dream:

Today, the ‘American Dream’ means different things to different people. To some, it is pictured by the white picket fence and the manicured lawn while others prefer the flexibility of change and moving around. To others, it is to be free of financial constraints or to have freedom of choice in their lives. To some, it is to own a home in the countryside. And to others, it is to rent a flat in the city. Myriad dreams for myriad people. May we support each other as we all strive to realize your own American Dream.

What Drives the UHT Milk Market to be Under the Radar of Stakeholders and Leading Companies?